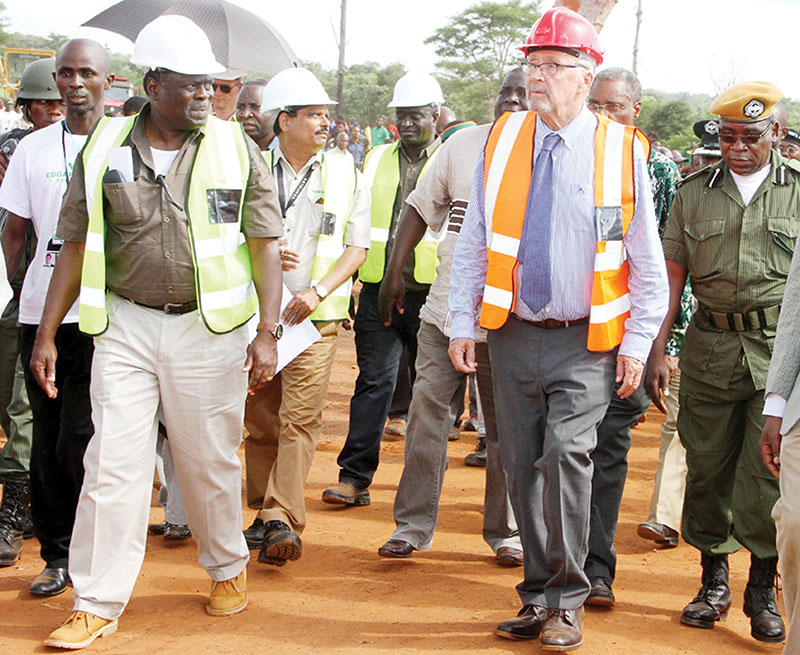 CHRISTINE CHISHA, Samfya
Zambians should allow the Patriotic Front (PF) to complete its five-year mandate, acting President Guy Scott has said.
â€œJudge us after five years, give us a chance to finish the five-year mandate you gave us so that we can finish the many projects we have started,â€ Dr Scott said here yesterday when he commissioned the first ever government hospital in Samfya district.
He said construction of the Samfya District Hospital was started in 2009 by the MMD government but the project was abandoned.Â  The PF government has completed the construction.
â€œWe are an action-oriented government.Â  We believe in less talk but doing more work. In Luapula Province, four district hospitals and 64 health posts are under construction,â€ Dr Scott said.
He said this is why the Government is appealing to the Zambians to give the PF a chance to finish the term.
â€œWe will be going to the polls next week to vote for a President.Â  I am appealing to the Zambian people to vote for PF candidate Edgar Lungu so that he can finish the works started by late President Sata,â€ Dr Scott said.
The Acting President, accompanied by Deputy Minister of Health Chitalu Chilufya, is happy that the people of Samfya will be receiving quality health care and there will be no need to travel to Mansa for the service.
Dr Scott, however, cautioned health workers against having a bad attitude towards patients.
â€œHealth workers should respect patients because it is the bottom line in health care,â€ Dr Scott said.
Luapula Province Minister Benson Kapaya said the people of Samfya have been travelling 80kms to Mansa to access healthcare services and that the district has only clinic.
Brigadier General Kapaya said is happy that the new hospital, with four wards, will offer antenatal, under-five, male circumcision and HIV services.