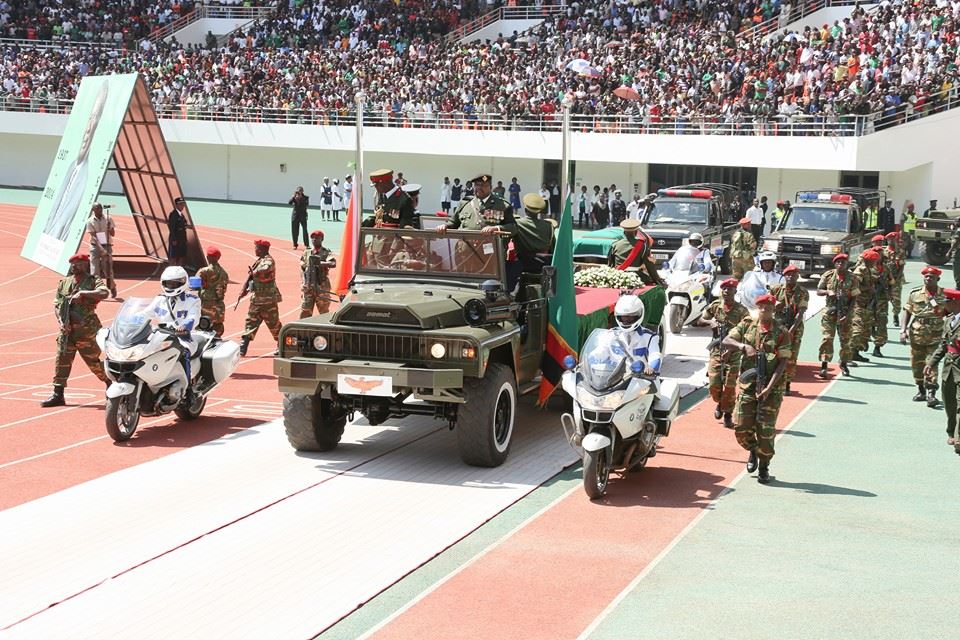 KELVIN ESIASA
THE year 2014 is now gone. It has gone with its good and bad things. Some people will remember 2014 as a best year. While others would remember 2014 as a year of miseries.
Our friends from West Africa would simply describe 2014 as a dark year. Nigerians would simply call 2014 as a year of problems. In Nigeria 2014 is a year when they experienced a lot of suffering caused by Boko Haram. In 2014 alone Boko Haram killed at least 1000 Nigerians and displaced thousands of Nigerians.
While Liberian, Sierra Leonean and Guineans would simply say 2014 was a dark year. 2014 is a year when the three countries experienced and recorded thousands of deaths caused by the Ebola virus.
Zambians would cry when remembering 2014. They would remember 2014 as a year when they lost their Republican President. Zambiaâ€™s fifth Republican President Mr. Michael Chilufya Sata died on 28th October, 2014 when Zambia just celebrated its 50th years of independence.
Our Brazilian soccer lovers friends do not want even to associate themselves with 2014. Many soccer lovers would remember 2014 as a year when a soccer giant Brazil was humiliated at home for the first time in more than 50 years during the FIFA Soccer world Cup.
So, 2014 experiences and remembrances might frighten some people if they do not let go the bad experiences. There are also good things that people would remember in 2014. Some people would remember 2014 as a year when they got married. Others people would remember 2014 as a year when they were promoted.
Therefore, as the year 2014 passes it is important as an individual to let go of the bad experiences endured. It is important to let go everything that hinders or gives you a bad feeling whenever you remember 2014.
Apostle Paul writes in Hebrews 12 that since we were surrounded by great cloud of witnesses, we should throw off everything that hinders us. He says instead we should run with perseverance the race marked out for us, fixing our eyes on Jesus who is our pioneer and perfecter of our faith.
Life is a journey filled with lessons, hardships, heartaches, joys, celebrations and special moments that will ultimately lead us to our destination, our purpose in life. Life is not always smooth; in fact, throughout our life, we will encounter many challenges.
I repeat let go your suffering of 2014, they will not do you good. You can only learn from them and build a good future. It in this regard, I would like you to embrace the fresh aroma of 2015. Embrace the new hope for better things to come. Stand up and declare a new thing in 2015.
Turn your worries into wisdom. Get hope and run the race. Hope is the reserve engine that keeps people moving during the time when something is craved yet its availability and outcome is uncertain. Hebrews tell us that faith is the assurance of things hoped for, the conviction of things not seen.Â  Hebrews also states that through faith, people of old received their commendation and by faith we understand that the universe was created by the word of God, so that what is seen was not made out of things that are visible.
Embrace 2015 as a new year with new things. Embrace 2015 with courage and new hope. Do not fear your past mistakes but learn from past mistakes and do a new thing that would uplift your life.
I end by quoting Martin Luther King, Jr. US Civil rights Activist who said: â€œHuman progress is neither automatic nor inevitable… Every step toward the goal of justice requires sacrifice, suffering, and struggle; the tireless exertions and passionate concern of dedicated individualsâ€.
The author is president for Zambian Society for Public Administration and Society for Family Business