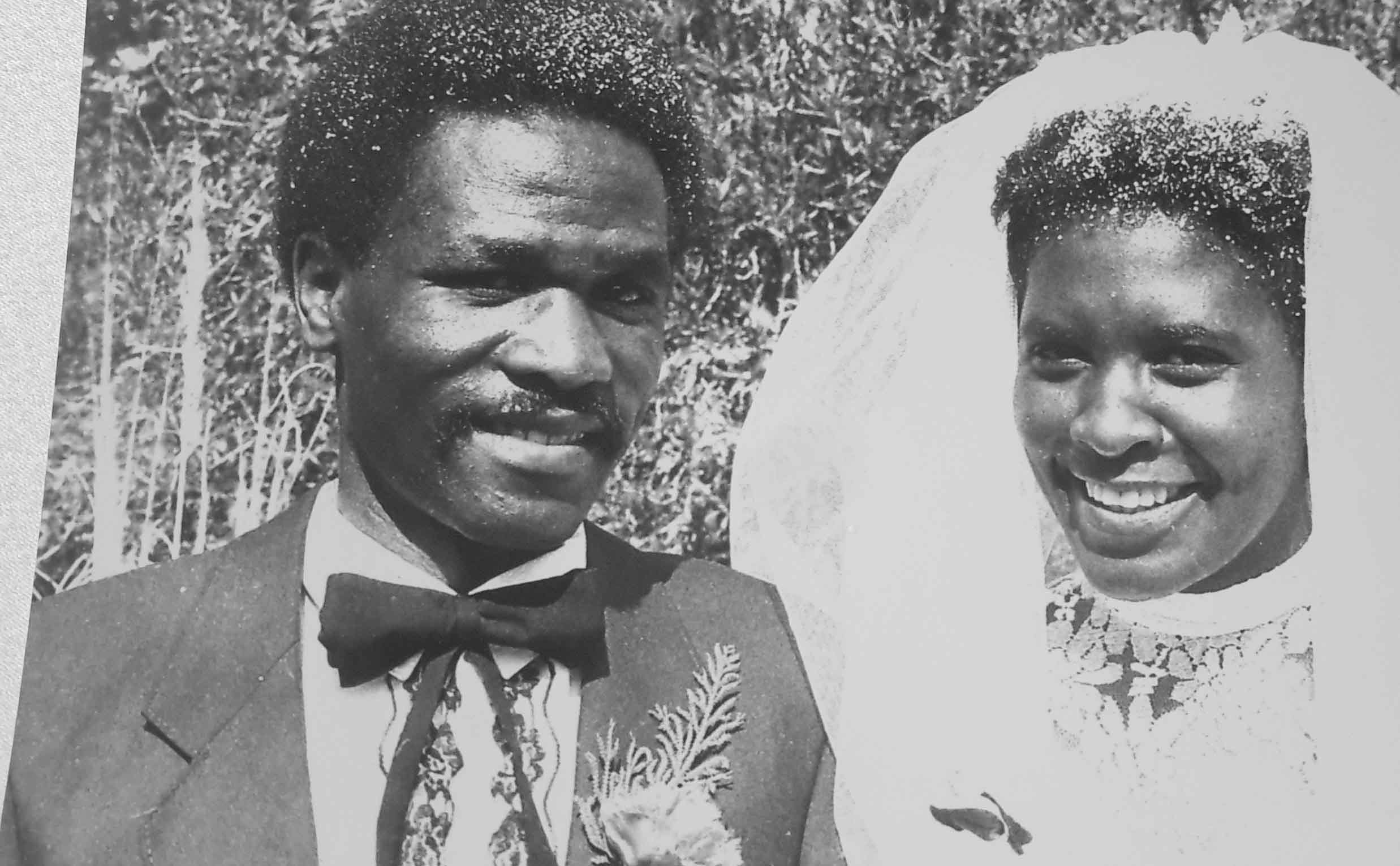 HOW WE MET with CHRISTINE CHISHA, Lusaka
ON AUGUST 9, Lemmy Mwale and Wife Gloria celebrated 30 years of marital bliss. The couple one can easily be mistaken for newlyweds because of their affection for one another.
â€œMarriage is beautiful, our love journey has been awesome, we are both determined to be best friends, we work together, stand for each other no matter the situation and this has helped us get closer.
â€If there are good marriages in this country, ours is among the top ten because our love life has been tremendous, the Lord has been gracious, if there is anything that we have enjoyed is out of marriage,â€ said Rev Mwale.
The couple said when they look back at how their love life started, it seems like it was like yesterday.
â€œItâ€™s like we got married yesterday, we have not had so much wealth but we have a huge love for each other, we are always together, we enjoy each other and our childrenâ€™s companyâ€.
The two met in December 1984, at the Zambia Evangelical Fellowships Students conference held at Lusakaâ€™s David Kaunda Technical School.
Reverend Mwale was a student at the Northern Technical College while Gloria was a student at Kitwe Teachers Training College now Mukuba University.
It happened that has Gloria arrived with her group from Kitwe she met Borniface Njovu, a church mate she knew from Kitwe who happened to be friends with Rev Mwale who was his college mate.
As Borniface was guiding Gloria and her group where to lodge, they met Rev Mwale and he introduced them. During the afternoon Bible study Gloria found herself in the same group with Rev Mwale.
When Rev Mwale was brought to the group, he remembered Gloria.
In the evening during dinner, Rev Mwale sat next to Gloria and for the rest of the week the two sat together and enjoyed getting to know one another.
He said Gloria left the conference a day earlier and Rev Mwale escorted her to the bus stop and got her postal address.
â€œAfter the conference, I wrote a very nice letter to Gloria, I decorated it with nice scriptures, only to receive a blunt reply with few lines and I never wrote to her again. That was the end of the communication between the two,â€ He said.
They only met again in Ndola when Gloria went for her teaching practice. She met Borniface and sent greetings to Rev Mwale and later they visited each other. After the completion of teaching practice, Gloria went back to Kitwe and communication stopped again.
Rev Mwale said, â€œEven when we were not communicating, I kept on praying to God to guide me in choosing a life partner and Gloria was ever coming to my mind,â€.
He said after completing college in Ndola he was posted to Chililabombwe where he worked in the mines and by Gods divine arrangement, Gloria who really wanted to work in Northern Province was instead posted to Chililabombwe.
On her first Sunday at Church after worship, the pastor announced that there was a new sister in church and she went to testify how she found herself in Chililabombwe and after the testimony, Rev Mwale shouted on top of his voice and shouted â€˜gloryâ€™ and the whole church laughed.
After the service, Rev Mwale met Gloria and that was the beginning of several visits though it took some time for him to propose to Gloria.
After the proposal Rev Mwale and Gloria dated for 11 months and on August 9, 1986 they got married. Together they have six children and four grandchildren.
Rev Mwale said he comes from a broken home of six boys and had no sister but since marrying Gloria, he has received a lot of motherly care.
â€œMy wife has brought order in my life, she is a comfort, loving, caring and has been able to fill a sister and motherly touch, apart from my salvation the second best thing that has happened to me is my marriageâ€ he said.
For Gloria, she described Rev Mwale as an understanding, jovial, a confident and loving man. â€œI have never felt lonely. I have always felt loved from day one when I got married to Reverendâ€.
The couple said they received wise and deep counsel from a man who provided post marital counselling, a Mr Damson Chandalala Mambwe and they still treasure the counsel they received.
From the counsel they received, they have been able to help other couples to look at marriage with a positive altitude and have helped about 40 couples.
The couple urged young people wishing to get married to first seek God in prayer before deciding on using their own wisdom.
Rev Mwale and Gloria have based their marriage on Godly principles and on prayer and it never fails because prayer is key.
A year into their marriage, Rev Mwale went to Bible College and the wife was a pillar of support. They are currently pastoring at Come Alive Assembly in Lusaka after having pastored other centers around the country besides being missionaries in Botswana for four years.
The two are marriage counselors and Rev Mwale is the author of three books – Key tips for all singles, Compatible husband & wife and Bravo – a tribute to late second president Fredrick Chiluba.