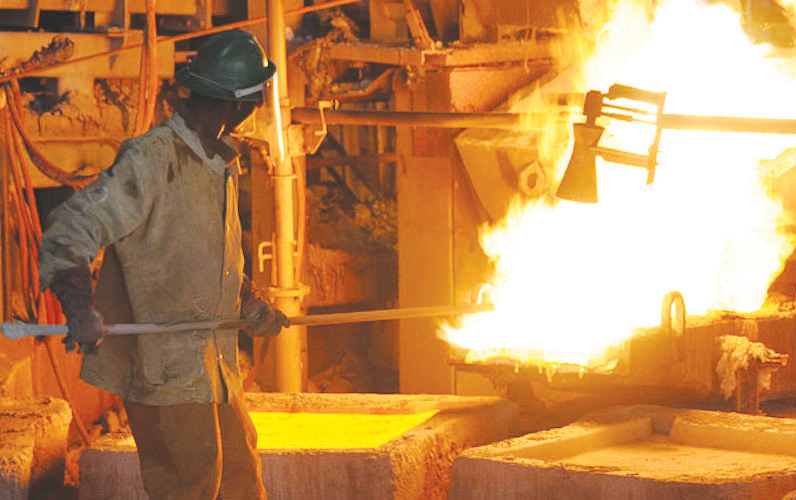 SILUMESI MALUMO, Lusaka
THE mining sector has been Zambia’s economic mainstay for decades and it is still the main source of foreign exchange.Although Zambia is rich in different minerals such as cobalt and manganese, it is actually copper that is synonymous with mining in the country.
The mining sector is largely in private hands after the privatisation of the mines.
Despite this, the mining sector remains the engine of Zambia’s economy such that when the copper price falls on the international market, the economy experiences a shock.
As the case was last year, the mining sector was not spared when the glob price of the commodity plummeted.
Other than mining of copper, Government wants other minerals and precious stones found in different parts of the country to be exploited for the benefit of the nation.
Through this, diversification in the mining sector can be attained and the contribution of other minerals to the economy and employment creation will be felt.
Some parts of Zambia, like Mazabuka in Southern Province, are endowed with mineral resources such as tin, tungsten, tantalum, copper and gold.
Luano district in Central Province, and Petauke and Vubwi districts in Eastern Province are endowed with copper and gold.
However, despite some regions being endowed with minerals and precious stones, these resources are being mined illegally.
The illegal and unregulated mining activities are a source of concern among stakeholders.
Stakeholders want Government to act so that the country’s mineral wealth is mined in a sustainable way.
“Our appeal as stakeholders in the mining sector is that let Government legalise illegal mining so that the nation can start getting meaningful revenue,” says Edward Simukonda, executive director for Daled Mines in Mazabuka.
Mr Simukonda says when companies and individuals involved in illegal mining legalise their business and engage in fully fledged mining, they will contribute meaningfully to the country’s development.
Mr Simukonda, who is involved in mining copper and gold, says it is important that Government gets revenue from the country’s mineral wealth.
He is concerned that minerals like tin, tungsten and tantalum are in most cases illegally mined in Mazabuka.
“Our district has good minerals but the nation is not benefitting because they are being mined illegally,” he says.
Currently, tantalum is fetching at US$128,000 per metric tonne and tungsten is trading at US$129,000 per metric tonne on the international market.
Tin is trading at US$21,180 per metric tonne better than copper, which is fetching at US$6,755.
The price of gold on the international market is US$1,316.
Much as Government is pressing for the diversification of the economy from dependence of copper to agriculture, manufacturing and tourism, mining remains a major sector.
In the mining sector, Government is also encouraging the exploitation of other minerals and precious stones rather than perpetually concentrating on copper.
Ministry of Mines and Minerals Development Permanent Secretary Paul Chanda says Government wants sanity to prevail in the mining sector.
“As Government, we are making progress to ensure that illegal mining comes to an end in the country,” Mr Chanda says.
This is why the Ministry of Mines and Minerals Development is encouraging companies and individuals who venture into mining to obtain exploitation and mining licences.
He says illegal mining deprives the country of the revenue and this, in turn, also affects development.
“You know that illegal mining hinders development, so we want to ensure that people engage in legal mining so that they can contribute to the development of the country,” he said.
The ministries of Mines and Minerals Development, and Commerce, Trade and Industry are now engaging people involved in mining and those living in mineral-rich areas on the importance of complying with the law.
Government has issued certificates to some companies engaging in small-scale mining in Rufunsa, Lusaka Province.
The Ministry of Mines and Minerals Development is also sensitising people in areas like Luano, Petauke and Vubwi districts who plan on mining gold and copper and other precious stones and minerals to follow the law.
Mr Chanda says the minerals and precious stones need to be exploited and mined according to the law.
These companies, Mr Chanda says, are expected to engage in legal and meaningful mining through which they can create employment and contribute revenue to the national treasury.
“This is the thing we want to do as Government. We want to empower our citizens to contribute to the GDP of the country,” Mr Chanda said.
Federation for Small Scale Miners president Joseph Chinyama says so far, about six co-operatives have been issued with mining licences.
“As a federation, we are very happy with the move Government has taken. This will bring meaningful change to the sector,” he said.
Machinery has been a challenge to miners, and Mr Chinyama says he will lobby from Government for the struggling miners to be empowered with equipment.
“This has been a major challenge, so we want to engage Government on this matter so that those who have been issued with licences can start mining,” he said.
Miners Union of Zambia (MUZ) president Chishimba Nkole supports Government’s effort to create sanity in the mining sector.
“This is what all stakeholders have been waiting for, to see that the nation starts benefitting from its resources,” Mr Nkole said.
He says Zambia has rich deposits of different types of minerals and precious stones and, therefore, Zambians need to be empowered and encouraged to invest in the mining sector.
He says establishing genuine mining companies will help create sanity among small-scale miners in the mining sector.

Woman power in politics: Beating the deadline
You can buy ‘akalumba’ in Luapula Province