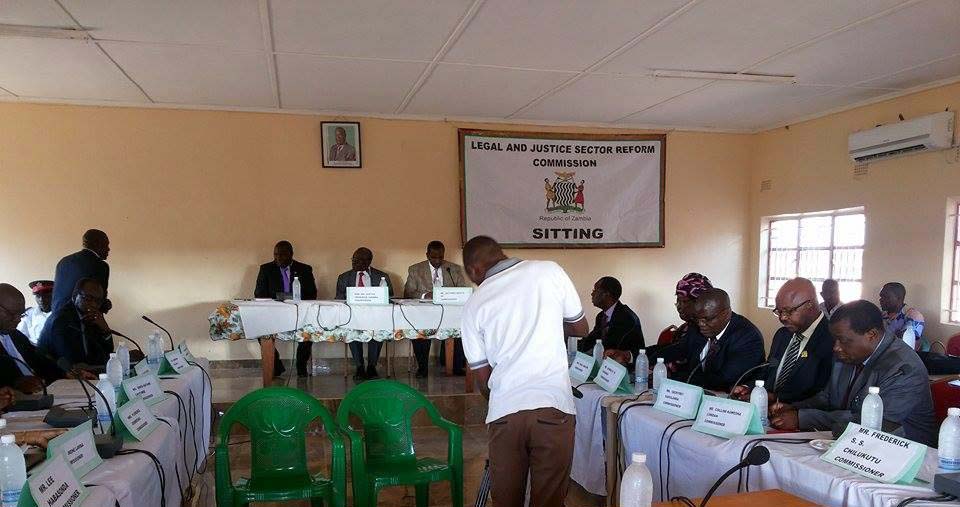 KABANDA CHULU, Limulunga
GOVERNMENT has seen the importance of reforms in the legal and justice system and intends to receive submissions from everybody, Legal and Justice Reforms Commission chairperson Frederick Chomba has said.
And the Barotse Royal Establishment (BRE) says Government should not continue wasting money on commissions of inquiries whose findings are not made public.
During a courtesy meeting with BRE indunas at the Kuta in Limulunga yesterday, Justice Chomba said the importance of an effective justice system cannot be over-emphasised.
â€œAll is not well in the legal and justice systems and Government has realised the need for reforms. There is need to see things getting better for the interest of all people whether educated or not, dumb or deaf.
â€œWe are going to interact with everybody and get submissions and I urge women to come forward and petition the commission. Actually, the success of our work depends on people making submissions,â€ he said.
And Induna Imandi said Government and traditional authorities should work together, complement and supplement each other to ensure an effective justice system.
â€œThe foundation of justice starts from homes, it resonates with customs and traditions, and in our quest to ensure that culture keeps people together, we bring them closer.
â€œWe administer resources, land and allocate these to them and where disputes arise, we adjudicate but we have to work together with Government,â€ he said.
And Induna Kalonga Siisii said people of Barotseland donâ€™t want a repeat of what happened to the Rodger Chongwe Commission of Inquiry, whose findings had been kept a secret.
â€œPeople thought money was just wasted, so let the findings of this commission be made public.
â€œWe hope to have a change by making submissions public and you will leave a legacy about your work,â€ Induna Inete said.
In response, Justice Chomba said it would be reckless on Governmentâ€™s part to appoint a commission that would consume lots of money that could have gone to other needy areas without taking action on its findings.
â€œWe believe Government is sincere and wants to reform the judiciary, in spite of what happened in the past, donâ€™t relent. People should keep trying until they succeed at last,â€ he said.