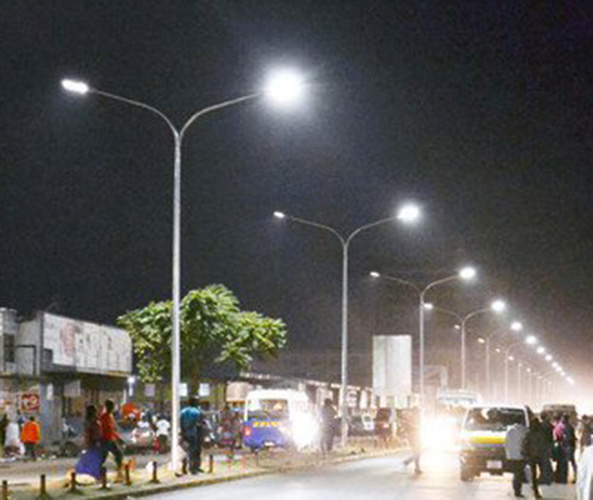 STEVEN MVULA, Lusaka
LUSAKA City Council (LCC) has embarked on a US$600,000 street lighting project on selected roads, acting public relations manager Habeenzu Mulunda has said.
Mr Mulunda said in an interview yesterday that the project is aimed at ensuring that street lights are installed on major roads.
â€œWe have embarked on a project to erect street lights. This will contribute to making the roads safer, especially in the night,â€ he said
Mr Mulunda said works to install street lights on Great East and Manchinchi Roads have started.
He named some of the areas to benefit from the street lighting project as Kabulonga, Mandevu, Chaisa, Manda Hill and Chilenje.
Mr Mulunda also said the local authority has partnered with Road Development Agency (RDA) to put speed humps and markings on busy roads in the city.