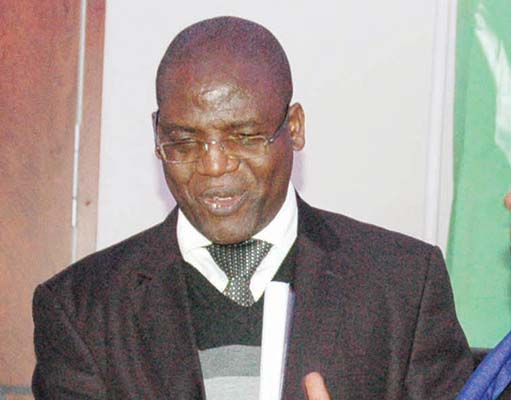 STEVEN MVULA, Lusaka
THE Law Association of Zambia (LAZ) says it was wrong of Minister of Youth and Sport Chishimba Kambwili, Chongwe Member of Parliament (MP) Sylvia Masebo and Patriotic Front (PF) deputy secretary general Anthony Kasolo for allegedly interfering with operations of the Zambia National Broadcasting Corporation (ZNBC).
LAZ president George Chisanga said in a statement on Wednesday that it is unacceptable for the three senior people to allegedly go to the ZNBC newsroom and intimidate personnel.
â€œZNBC is mandated to broadcast news relating to all Zambians regardless of political, cultural, religious, and social or any other affiliation,â€ Mr Chisanga said
He appealed to the PF to separate issues that relate to the ruling party from those that relate to the nation.
On Sunday, the trio allegedly went to the ZNBC newsroom to order them to remove certain stories.
And Mr Chisanga has urged political parties to maintain discipline within their ranks to ensure peaceful campaigns towards the January 20, 2015 presidential election.
Mr Chisanga also said the process of selecting presidential candidates by political parties should be done in a peaceful and orderly manner to avoid disturbances spilling over to adversely affect lives of Zambians.
He also challenged candidates for the presidential election to make the need for the enactment of a people-driven constitution an election issue.
In his message on the forthcoming election, Mr Chisanga appealed to Zambians to remain calm.
â€œPolitical parties are private clubs whose rules and procedures are best handled by the members themselves. However, it is the expectation of LAZ that the process of selecting candidates will be smooth and orderly and will not adversely affect the lives of Zambian people,â€ he said.
Mr Chisanga also called upon law enforcement agencies to maintain law and order in the country without fear or favour and without regard to social or political affiliation of persons that will be found to have breached the law.
He said LAZ was not only calling for the enactment of a new people -driven constitution but specifically one enacted through a legally protected process that will lead to the adoption through a referendum and enactment by the National Assembly before the 2016 general elections.