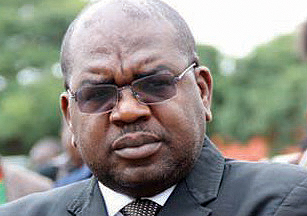 HIV/AIDS has been ravaging our nation for some time now. It is not an exaggeration that every Zambian has lost at least a relative due to HIV infection.
Although there have been a number of interventions to prevent the spread of the virus, there are still 1.3 million people living with the disease in Zambia.
The prevention programmes Government has put in place have led to a reduction in new HIV infections, from 77,500 in 2015 to 43,000 in 2016. However, these figures still show that the epidemic is with us for some time to come.
It is, however, commendable that the interventions have led to a reduction in the number of new infections.
It is, therefore, a relief that a new drug that suppresses the viral load in patients in 10 to 14 days has been launched.
Minister of Health Chitalu Chilufya launched the drug, Tenofovir Alafenamide (TAF), on Thursday with an assurance that the new drug will lead to faster suppression of the viral load and reduce resistance.
There have been a number of awareness programmes on HIV/AIDS targeting population groups such as of children in primary schools.
A number of non-governmental organisations have done a commendable job, alongside Government, in the campaign to reduce new infections through enhanced awareness.
All these interventions arise from the fact that HIV/AIDS has devastated communities and robbed them of able-bodied men and women who could make a valuable contributions to the socio-economic development of our country.
At national level, professional men and women have succumbed to the devastating effects of HIV/AIDS, and children have not been spared as well.
It is, therefore, a milestone that another drug which leads to faster viral load suppression has been launched.
The drug, which has less side effects, will be manufactured locally, according to Dr Chilufya, by Mylan Laboratories, a company which Government has contracted.
As noted by the minister, the introduction of TAF will bring about a number of economic benefits to Zambia, such as creation of jobs for citizens as well as improving the health of patients.
The manufacturing of the drug locally will also help Government save some of the funds it has spent in the past on importing drugs.
While Government is making all these efforts to ensure a healthy nation, individuals have the responsibility to leave a healthy and responsible lifestyle which helps slow down the spread of HIV/AIDS.
And this can only be achieved by practices such as abstinence, which require behavioural change.
It is behavioural change that can protect youth, especially those between the ages of 15 and 25, since they are the most affected age group in terms of HIV and AIDS in the country.
And behavioural change can also result in men and women who have multiple sexual partners contribute to Government’s efforts of reducing new HIV infections in the country.
Those already on anti-retroviral therapy they should adhere to the treatment as part of the HIV prevention programmes put in place by Government.

Learners must pull up socks