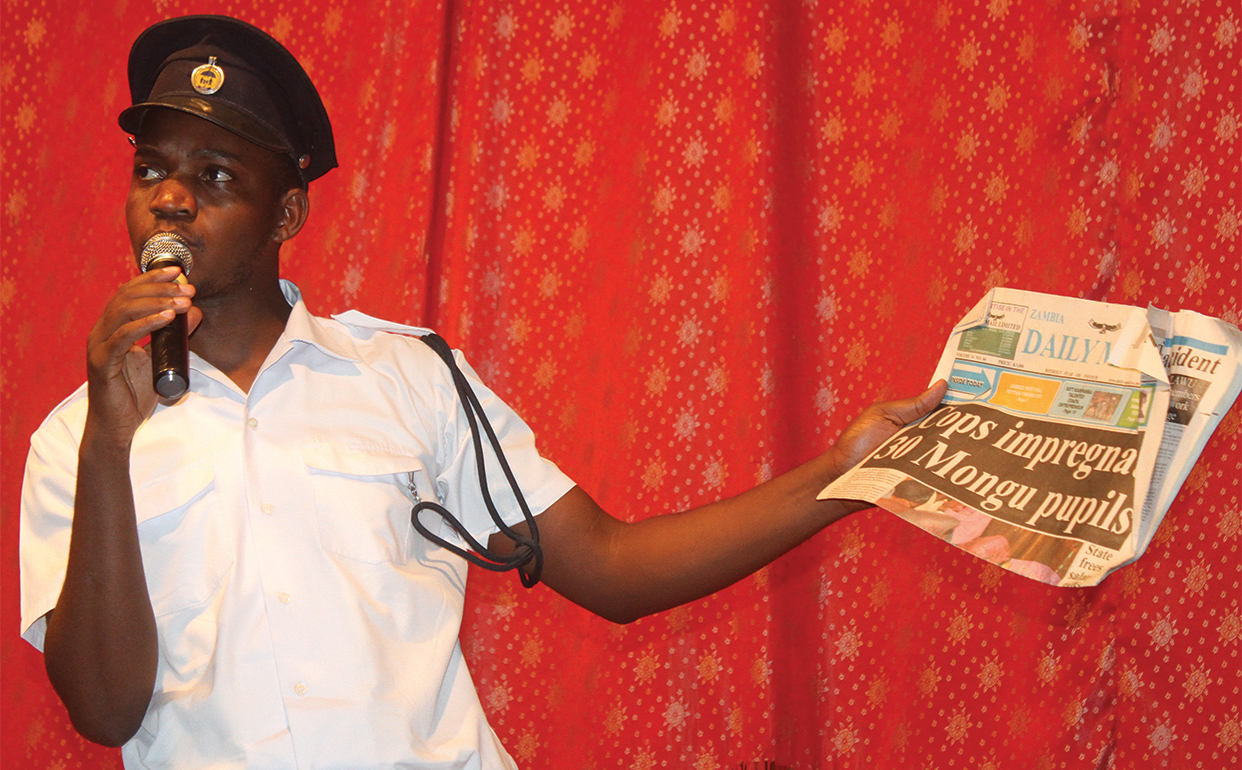 NKOLE NKOLE, Lusaka
BITTERSWEET poetry and Arts dâ€™ Afrique will next week Wednesday and Thursday host the Officer- in-Charge comedy show as an offshoot of the Laugh Out Now comedy show.
While the Laugh Out Now stage is graced by both growing and established comedians, the showâ€™s handlers have decided to create a series of shows aimed at highlighting emerging comedy talent.
These shows will run alongside the Laugh out Now brand with the aim of bringing more recognition to less known comedy acts.
Next weekâ€™s Officer-in-Charge show at Lusakaâ€™s Radisson Blu hotel features comedians Topsy and Bob Nkosha as the main acts, while the young comedian, K-Star will open the show as a supporting act.
Unlike the Laugh Out Now event which is held annually, these sideshows will feature fewer comedians with longer stage times that are intended to get audiences more familiar with the content of emerging comedians to help them establish their individual brands.
Comedian Topsy, the face behind the Officer-in-Charge act, gave more detail about the concept of the Laugh Out Now sideshows.
â€œWhat we are trying to do is start having longer shows,â€ he explained. â€œThe sideshows are aimed at giving comedians longer timeframes on stage.â€
As the sideshows are a new concept, Topsy acknowledges that timing is key for them to be successfully held.
â€œPeople should expect the best out of me because I will have more time as a main act,â€ an enthusiastic Topsy remarked.
The comedian is normally known to host the Laugh out Now main shows with his popular Officer-in-Charge act where he imitates the antics of Zambian police officers for only a few minutes.
He assured that quite a lot of content has been developed for next weekâ€™s shows, especially following the recently held general elections and subsequent government appointments.
Next weekâ€™s show is also aimed at encouraging laughter and good humour to help water down tensions that arose after the elections.