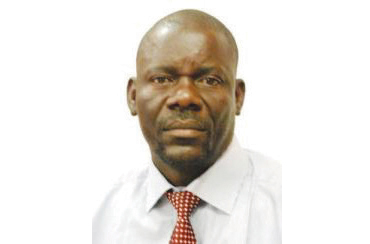 Analysis: DAVIES MWILA
THE Patriotic Front (PF) is delighted with the outcome of the landmark decision of the Constitutional Court that has cleared the path for President Edgar Lungu to contest the 2021 elections.
While we are elated, we will remain humble and resist the temptation to gloat, even though this decision comes at a time when self-proclaimed “defenders” of the law have over the last few months advanced an erroneous understanding that the Constitutional Court can only be impartial if it ruled against petitioners who argued in favour of President Lungu running for his second term that commences in 2021.
The President and the party have always been ready to honour the outcome of this case, irrespective of the direction it would have gone.
Those who went to court or joined the petition should also have been ready for any outcome. This is the same court that ruled against former ministers and also recently ruled against our member on the matter of eligibility for councillors to contest mayoral elections.
We respected the decisions that went against us despite having disagreed with the court.
As a party, we believe in the authority of the judicial process, because without the courts to expound and define their true meaning and operation, laws are rendered a dead letter!
What we have seen today is the vigilance of our highest court to give that true meaning to the Constitution of Zambia. As a democratic party, the PF applauds all reasonable voices that agreed or disagreed on the position of the current law. Whether we agree or not, we all need to respect the decisions of judges.
Most importantly, those who proclaim to respect the rule of law must not only respect the decision from our court, but also make the law respectable.
Our country’s Constitutional Court is not a place where the resolution of disputes begins: but rather, a place where the disputes end.
The PF remains resolved in President Lungu’s sole candidature for the party presidency in the 2020 General Convention and 2021 presidential elections.
Unfortunately for the opposition, they will have to contend with someone whose popularity they dread to encounter on the ballot paper in 2021.
We consequently exhort our colleagues in the opposition not to get jittery with the landmark decision of the court. They must instead prepare for a free, fair and democratic election in 2021.
Ironically, for more than a decade, some perennial presidential candidates have not had a manifesto to offer other than a simplistic wish list in the form of a flyer. How can they be taken seriously? We urge them to reflect on this basic flaw.
As a party and as a nation, we are blessed to have a leader of such distinction as President Lungu. His passion for development and his desire to uplift the standard of living for all Zambian citizens as exemplary as his respect of the rule of law.
We cheer on President Lungu as he accelerates in his pursuit of delivering multi-sectoral development across the nation; fulfilling the promises outlined in the PF manifesto – including quality health care, education and other social services to the people.
He is a shining example to all of us in the party. Our people are therefore looking forward to a Cabinet with ministers with a like passion for development. They desire pro-active co-workers for the President who can follow the practical lead of our party leader and Head of State; by becoming more responsive and engaging with the public, defending both the party and the presidency.
As a party, we shall be calling out those ministers who are not seen to be more engaging with our citizens, especially our women, youth and students, to move out from their comfort zones and become more hands-on and engaging.
We do not have time to waste in any meaningless debate in the aftermath of this court decision on the eligibility; but we are focused to deliver on development. That is what we were elected for.
May I also take this opportunity to thank the ever-increasing party membership across our nation for their zeal and spirit of brotherhood that permeates through the rank and file of the structures of the PF.
As comrades and members of a party focused on developing our country, they are encouraged to continue being patient and law-abiding and maintain exemplary levels of discipline to allow our various institutions of governance, space to work freely without any perceived intimidation or interference because PF stands for rule of law.
As we put this judgment behind us, we are alive to the fact that the Zambian people expect this administration and the party to constantly report back on the progress and setback we are experiencing in the manner we are governing the country.
Our President equally remains committed to an open-door policy. The party shall therefore be glad to facilitate meetings between the President and interest groups that are interested in contributing towards a better and prosperous Zambia under the able leadership of President Lungu.
Let us all forge ahead as a nation united in all manner of diversity under the Lordship of Jesus Christ. Let us continually remember that the God that has gathered us is stronger than the enemy that desires to scatter us.
The author is secretary general of the Patriotic Front.