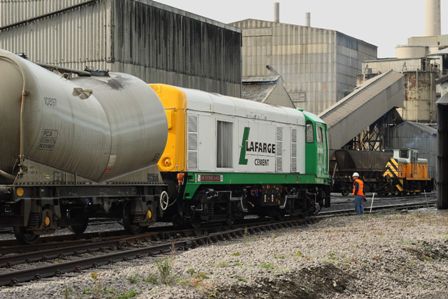 MIKE MUGALA, Lusaka
LAFARGE Cement Zambia and Zambia Railways Limited (ZRL) have signed a transport agreement aimed at enhancing efficiency and increased cement exports.
Speaking at the signing ceremony yesterday, Lafarge acting chief executive officer Chrissie Molosene said the partnership will help relieve the pressure on the road as it will complement other forms of transport.
Ms Molosene also said the partnership will create synergies that both Lafarge and ZRL will benefit from for a long time to come.READ MORE