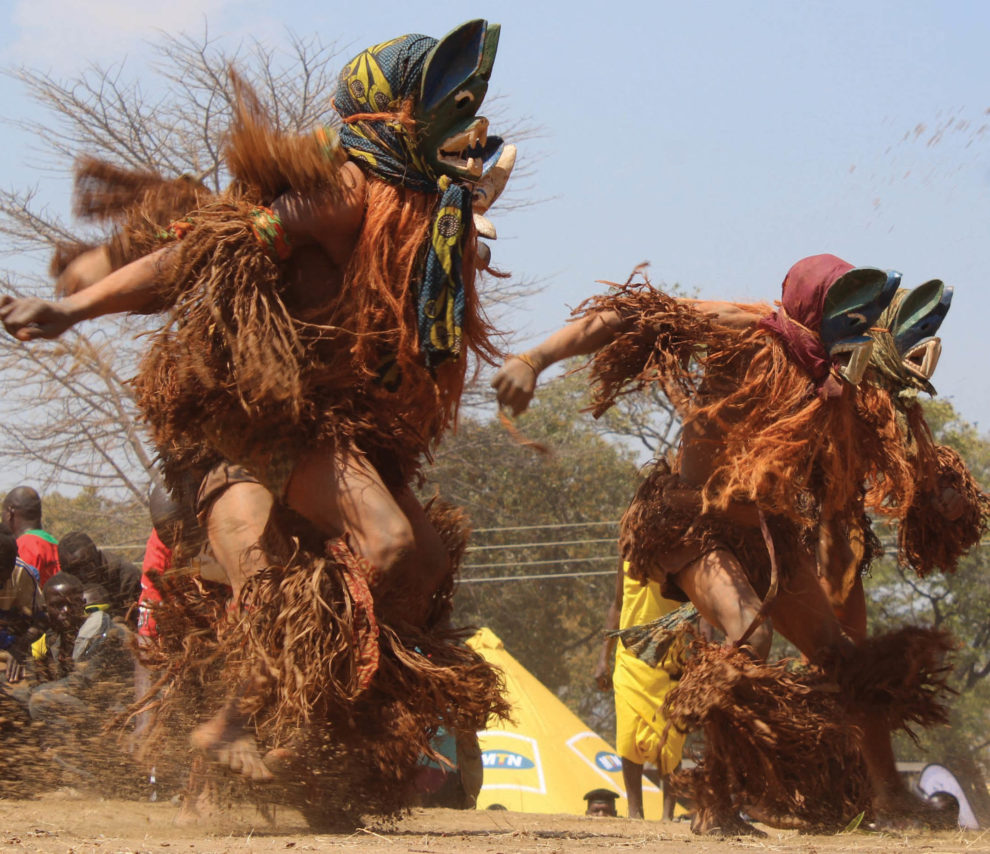 SYLVESTER MBEWE and MAYENGO NYIRENDA, Chipata
THE last time the Kulamba traditional ceremony of the Chewa people of Zambia, Malawi and Mozambique was held, the country had just come out of a very divisive general election.

President Lungu, who had emerged winner in that election, used the occasion to reiterate his call for unity and oneness even in the face of diversity among groups of people.
He said at the Chewa headquarters in Mkaika, Katete that the motto of ‘One Zambia, One Nation’ should be embraced so as to entrench values of peace and unity among the country’s more than 73 ethnic groups.
“Our forefathers envisaged unity in diversity as the hallmark of our nationhood. This unity in diversity has supported the very survival of our nation,” President Lungu said.
“We cannot afford to betray the vision of the founders of this nation and let down this, and future generations. Our founding fathers were not wrong. Here we are – a united and peaceful nation, built on the foundation of the values espoused in the nation’s motto.
“We have come this far, as a progressive, united and tolerant society that celebrate, rather than resent diversity. It is our duty to uphold this, we must live, and let live, let each one of us examine our conscience and realise that, I am, because you are!”
The President also talked about the importance of the Kalumba traditional ceremony in particular, and culture generally.
“This event [Kulamba] is of utmost importance because of its unifying character between and among our three friendly countries. It reminds us of our common heritage as a people regardless of the imaginary borders between us,” he said.
The ceremony is here again under Kalonga Gawa Undi.
The name Kalonga means the one who installs subordinate chiefs while Gawa stands for the one who gives out land and Undi means the one who protects the subordinates.
The Kalonga Gawa Undi is head of all the Chewa chiefdoms and takes care of all the installations of chiefs not only in Zambia but in Malawi and Mozambique as well. Kulamba ceremony is therefore a major uniting factor among the Chewa. It is during this ceremony that the Chewa from Malawi, Mozambique and Zambia demonstrate unite under their King, Kalonga Gawa Undi.
This year’s ceremony will be held under the theme “Take the Girl or Boy Child to School and End Early Marriages.”
The ceremony is held after every harvest of the last Saturday of August as a way of bringing together Chewa chiefs from the three countries to present their reports to the Kalonga Gawa Undi.
But for most people attending the ceremony, the main attraction is the Gule Wamkulu (Great Dance) at Mkaika.
The masked men in Chewa tradition remain unrivalled and continue to attract multitudes from across Zambia, Mozambique and Malawi with their great dance antics and exploits.
The hype of it all takes place at a near distance of Mpangwe and Kangarema Hills.
The ceremony has over the years continued to attract multitudes despite being banned by colonial masters at some stage and has since been recorded on the United Nations Education, Scientific and Cultural Organisation (UNESCO) list of the intangible Cultural Heritage of Humanity originally proclaimed in 2005.
According to Chewa legend, life begun as a result of a thunderstorm that ensured at Kapirintiwa, a mountain on the boundary between central and western Mozambique, during a thunderstorm and it is believed that the dead and the living are constantly in contact through the Gule Wamkulu.
Today’s ceremony will be highly crucial as every Gule Wamkulu group will want to topple over Katimbila, which came out top performer at the 2016 Kulamba Traditional Ceremony.
Mkaika has been a busy site over the past five days with various dances ranging from chimutali, chiwoda, chinamwali, fwemba, muganda and of course the Great Gule Wamkulu all drawing the over one million Chewas across the three countries together.
The occasion is expected to be graced by Vice-President Inonge Wina.
The Gule Wamkulu, undoubtedly the greatest attraction of the ceremony, is performed by a group of initiated men who become part of a sacred society.
Bible Gospel Church in Africa (BIGOCA) pastor Frederick Phiri, once a Nyau himself, says the Nyau’s dance has become iconic, a thing of holiday myths, books, films and a magnet of both local and international tourists.
“The dance has made the Nyau’s stature unequivocal, unscathed, and unmatched with the Nyau itself developing and exhibiting a masterly, unrivalled dance ingenuity and genius,” Pastor Phiri says.
What is also special about the Nyau is the secrecy surrounding it. Nyaus are initiated at a ceremony, which is locally called Kumwela, and get ready to perform the Gule Wamkulu, but are not allowed to reveal anything to anyone about what happens at the secret place called Kudabwe.
The Nyau, or Gule Wamkulu, are also known as ‘Vilombo’ translated as ‘beasts’ and hide in fiery masks. They only resurface occasionally; especially during dance performances, at funerals and when called upon to deliver messages.
Apart from being impious, irrational, dreadful, absurd and scandalous in nature, their messages can be inspiring even those to do with festivities.
You will need to know that once the Nyau goes into its hiding realm; only the gods knows what the beats are up to.
Still, the Nyau is best known for its dance, and the dance is on today at Mkaika.