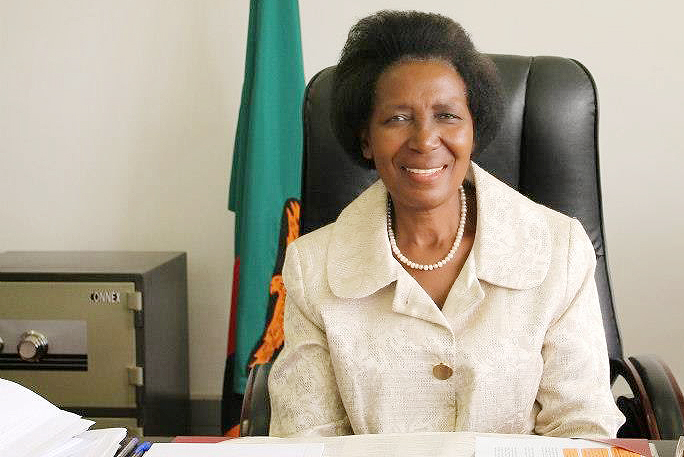 And Minister of Finance Felix Mutati has directed government ministries and departments to work with traditional leaders to educate citizens on the programmes enshrined in the Seventh National Development Programme (7NDP).
Mrs Wina said traditional ceremonies such as the Kulamba of the Chewa people transcend national boundaries. The ceremony is attended by Chewas in Zambia, Mozambique and Malawi.
She said traditional ceremonies play a critical role in the preservation of society’s rich cultural heritage.
The Vice-President, who was accompanied by some cabinet ministers, was speaking when she officiated at this year’s Kulamba traditional ceremony in Katete yesterday.
“The traditional ceremonies are the cross-cutting unifier that help to enhance peace, unity and harmony this country is known for,” Mrs Wina said.
She said the Patriotic Front (PF) government attaches great importance to the preservation of the diverse cultural heritage.
Mrs Wina said Government also recognises the role traditional leaders play in ensuring effective governance because they clearly understand the needs of their subjects.
She said traditional leaders, who are guardians of the people and culture transcend colour, tribe and religion and political affiliation and should ensure that traditional ceremonies continue to strengthen the integrity of the nation’s origins and the value system.
And Mrs Wina said traditional leaders should be proactive in engaging Government in the matters of national interest.
Meanwhile, Ms Wina said this year’s theme, `Educate a girl-child and boy-child and end early marriages’, resonates well with the Government’s aspirations of maximising on the national demographic dividends through focused investment in the youth.
And Paramount Chief Gawa Undi of the Chewa has appealed to Government to revisit the Food Reserve Agency (FRA) price for maize.
The traditional leader said the K60 price FRA is buying the maize at will not help to reduce poverty in rural areas.
He said the cost of buying farm inputs is high hence the need for Government to consider adjusting the price upwards.
The traditional leader urged Government to consider using Zambia co-operative Federation in finding a market for small scale farmers.
The Paramount chief also appealed to Government to consider building a technical university in the province.
He urged Government to complete stalled road projects.
The traditional leader also cautioned his subordinate chiefs against primitive cultural practices.
Meanwhile, Mr Mutati has directed government ministries and departments to work with traditional leaders to educate citizens on 7NDP programmes, reports YANDE SYAMPEYO in Zambezi.
Mr Mutati said traditional ceremonies are cardinal as they not only unite people but assist in preserving the country’s peace.
The minister said this here yesterday when he officiated at the Likumbi Lya Mize traditional ceremony of the Luvale people of Senior Chief Ndungu of Zambezi district.
This year’s ceremony was held under the theme: ‘Our culture, promoting One Zambia, One nation’.
“As such, the government will remain committed to the preservation, development and promotion of dignity among our traditional leaders as they are the custodians of our culture heritage,” Mr Mutati said.
He said government will continue to pay attention to development programmes in Zambezi district and North-Western Province in general.
Mr Mutati informed the crowd that the police station that the chiefdom has been yearning for will soon come to fruition.
“Let me assure you that as I return to Lusaka, I will report to the President but we will release funds for this project,” Mr Mutati said.
Senior Chief Ndungu said the Luvale people are committed to work, with government to foster development.
In a speech read on his behalf by Likumbi Lya Mize Cultural Association national chairperson Isaac Kanguya, Chief Ndungu said people in the area will support the State’s agenda in creating opportunities to sustain livelihoods of all Zambians.