Dear editor,
THE poor performance of our team ‘Sharp’ Konkola Blades Football Club so far is very disappointing and saddening.

With only six games before the season comes to an end, the team that was formed in 1957 and won the 1998 Mosi Cup, is still rooted third from the bottom.
Unless a miracle happens, Konkola is destined for division one football once again.
The executive led by Dave Mubita relieved coach Enos Silwimba and appointed Lewingtone Mujembe in Week 15 with the hope of improving the 2016 Division One zone two champions but to no avail.
Blades have been known to produce quality players who have excelled at various big teams in Zambia and beyond.
What has really gone wrong this year? Is it lack of proper sponsorship? Do we have the right people in the executive, technical bench or players?
We shall continue being with the team in victory and defeat.
TK 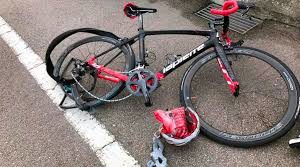