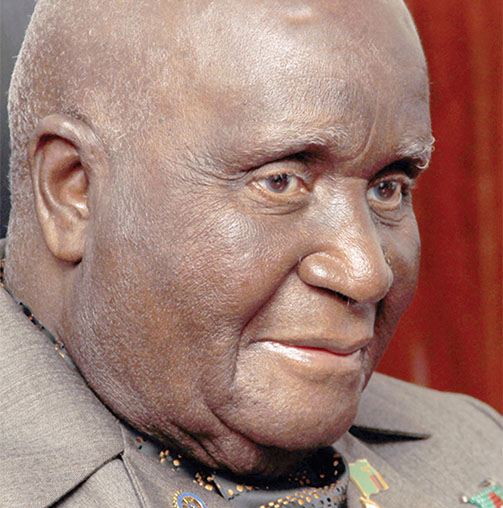 PRISCILLA MWILA, Lusaka
FORMER President Kenneth Kaunda has urged chiefs to embrace the ‘One Zambia, One Nation’ motto to promote unity in the country.
Dr Kaunda said the motto is important for the country’s quest to achieve unprecedented love and unity amongst its people.
He said this on Monday when Chief Matebo of the Kaonde people of North-Western Province, who was accompanied by Kasama Central Member of Parliament Kelvin Sampa, paid a courtesy call on him at his residence.
This is according to a statement issued by Mr Sampa’s office yesterday.http://epaper.daily-mail.co.zm/