GOSPEL GROOVES with FELIX NYAMBE
TITLED Kizomba Fusion Gospel Jams, Royal Prince Kizzouk, who was born McPrince Sumper, brings with him some of the most uplifting Christian music which has since gone global.
He is a member of the Australia-based Zambian group called Green Pasture Singers.

On his album, the singer has also collaborated with some global gospel artistes including Indian-born Canadian-based songbird Shamim.

Both Shamim and Angola’s Guilerlme feature on a love-sauced ditty titled Love in Your Eyes, which talks about the chemistry of falling in love.
On another Swahili-inspired song titled Nampenda, Prince features Gasper from Tanzania.
The 14-track album, the sequel to his 2009 Mukosheni Namayo, opens with a song titled Mulilile Yesu, which talks about a cry of a married woman to the Lord because of all what she is passing through in life.
“Most married men are neglecting their wives and it’s high time that we took the union of marriage seriously,” shares Prince, 30.
Another of Prince’s tunes is an assurance song which he has titled Messed Up on which he targets those that feel they have messed up their lives.
In the song, the singer reveals to those who perceive themselves as sinners, that no matter what they have been going through, they can still go back to the Lord for forgiveness.
And to those who feel left out on the blessings of the Lord, look no further than the scripture which assures all that when the Lord created the earth, he placed man in control of everything in it.
“From the rising of the sun, to its going down, let your name be blessed because He has called you by your name and blessed you,” Prince shared. These lyrics are in the song titled Blessings.
But in order for this to come to pass, Prince sings in his other track titled Chetekela that all we have to do is to simply put our trust in the Lord and in due season, the Lord will bless you.
Meanwhile, on the song Beautiful, Prince also shares that every human being is beautifully and carefully created in God’s own image.
The album concludes with the songs Holiness, Promotion Is Coming Your Way, True Love, It’s Just Time, Mumfweko, You Keep Lord and Never Give Up, mainly performed in CiNyanja, Bemba and English.
The project, which has received some positive reviews in Europe, Australia and the United States, was produced by Bisharp at Kabin Studio.
Fmmusik201730@yahoo.com, 0970360993/0964873656.

Alice-Mulo goes online ‘without a face’ 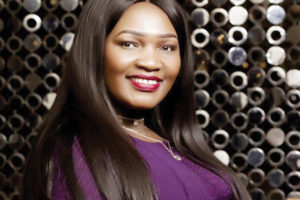