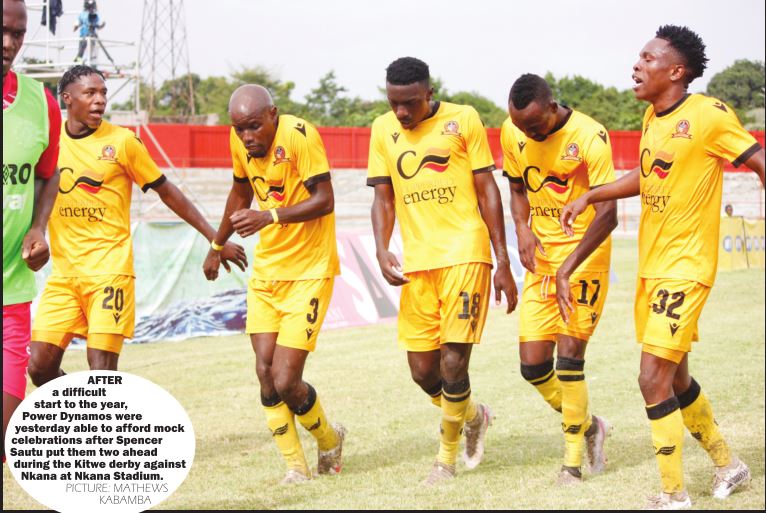 MATHEWS KABAMBA, Nkana Stadium
Kitwe
NKANA 0 POWER 3
BEFORE the game, Power Dynamos coach Perry Mutapa was hoping that beating rivals Nkana in the Kitwe derby can be a turning point in their season with his side having struggled in the last few games.
Well, his side delivered with an emphatic 3-0 win over the champions. Now what remains to be seen is whether they can build on this result.
In Mutapa’s first derby, Power ran out 3-0 winners although Nkana had the last laugh as they went on to claim their 13th league title last season.
But on the evidence of results against Nkana, Power fans can even hope that they can be meeting the Wusakile side every week instead of the likes of Kitwe United, Green Eagles, Green Buffaloes, Young Green Eagles and Lusaka Dynamos who had all contributed to the  CLICK TO READ MORE