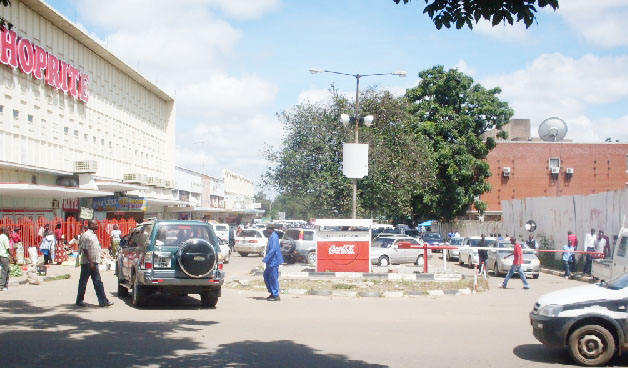 CHRISTINE CHIHAME, Kitwe
A KITWE businessman has started collecting signatures from Kitwe residents to petition President Lungu to use his powers to repossess a prime piece of land opposite Shoprite which has been lying idle for 23 years.
Mr Dennis Sakala said in a walk-in interview in Kitwe on Friday that the piece of land, formerly known as Astra Camera Arcades, is not benefiting the residents in the district.
He said Government needs to use its powers to repossess the land in question so that serious developers could put up a commercial facility that would benefit the local people.
â€œThere is need for President Lungu to use his powers to repossess the land that has been lying idle for 23 years. That land is not benefiting the residents of Kitwe,â€ he said.
Mr Phiri said the land should be given to an investor that can convert it into something that could benefit the residents.
â€œWe are getting about 1,000 signatures from the residents to have that idle land changed or given to a developer,â€ Mr Sakala said.
He urged the local authority to fully-utilise the place.