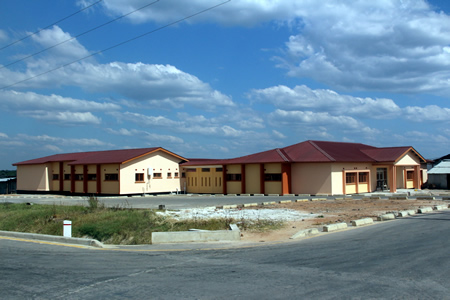 MWILA NTAMBI, Kitwe
THE National Pension Scheme Authority (NAPSA) has reduced the price of houses at its Kalulushi housing project on the Copperbelt.
NAPSA has reduced the prices of high cost, medium cost and low cost houses by 14, 30 and 40 percent, respectively.
A low cost house, which was previously pegged at K450,000 will now cost K270,000 while medium cost houses have been reduced from K726,000 to K525,000.
High cost houses will be sold at K786,000 from K930,000.
Minister of Labour and Social Security Fackson Shamenda said this during the relaunch of the sale of the houses in Kalulushi yesterday.
He said stakeholders resolved a lot of issues to ensure that the K274 million housing project does not become a â€˜white elephantâ€™.
Mr Shamenda apologised to the people of Kalulushi for keeping them in suspense for a long time over the sale of the houses.
And Mr Shamenda said during meetings he had with the board of trustees, he directed that land be secured where NAPSA can build more affordable houses for Kalulushi residents who may not afford to buy the houses being sold currently.
He also said interested buyers who may not qualify for mortgages would be considered under the rent-to-buy option.
And NAPSA board of trustees chairperson Teddy Mulonga said NAPSA is working with mortgage lending institutions to help bridge the financing gap for buying the houses.
Mr Mulonga said a memorandum of understanding had already been signed with the Zambia National Building Society and Banc ABC and that the same would be extended to ZANACO, First National Bank, Investrust and Finance Bank.
He said the interest rates would be competitive based on the Bank of Zambia (BoZ) rate plus one percent.
Mr Mulonga said there will be no need for additional collateral as the property being bought would in itself be the collateral.
Mr Mulonga encouraged young people to embrace the opportunity and empower themselves with shelter.