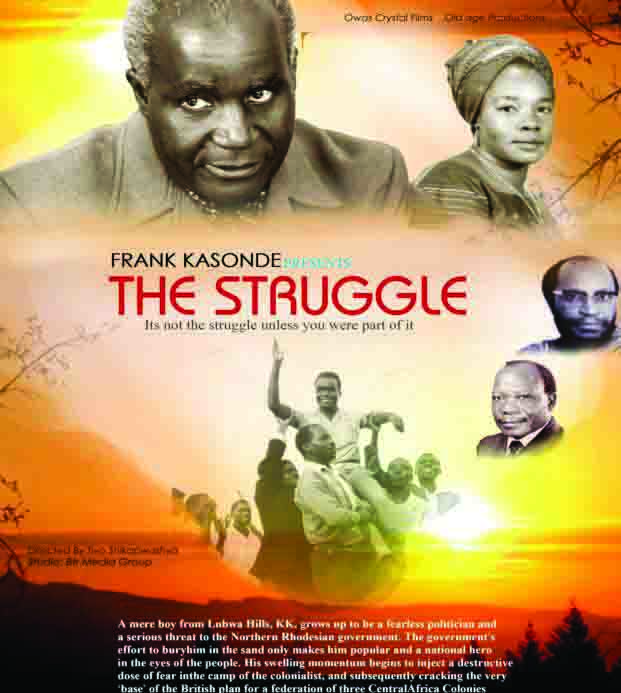 STEPHEN PHIRI, Lusaka
SOUTH Africa-based Zambian filmmaker, actor and producer Frank Kasonde is spearheading efforts to produce a movie titled The Struggle, aimed at reliving Zambian pre-independence events by depicting the historical life of first President Kenneth Kaunda from the day he was born to him becoming president in 1964.
This is an inspirational story of an ordinary boy from Lubwa mission who grows up to be a teacher among the Bemba before taking up the struggle for independence and eventually becoming the country’s first President.
Project coordinator Jack Mwale says they need US$20 million for the movie.
“We want the project to attract top Hollywood actors so that it can attract the attention of the world. Someone from outside the country is being earmarked to play the role of Dr Kenneth Kaunda,” he says.
Mwale, a Zambia National Broadcasting Corporation radio personality known by the moniker DJ Hot Stepper, says they will seek audience with President Edgar Lungu so that he could endorse the project.
“The former President Kenneth Kaunda, and his family have already endorsed the project and we want President Edgar Lungu to also endorse it. When that is done, then we will start knocking on the doors of the corporate world for financial assistance.”
Mwale says there is need to honour Kaunda for the good work he did for Zambia, Africa and CLICK TO READ MORE

Black Dollar outshines all premieres
What lies behind premiere of ‘Black Dollar’ movie?