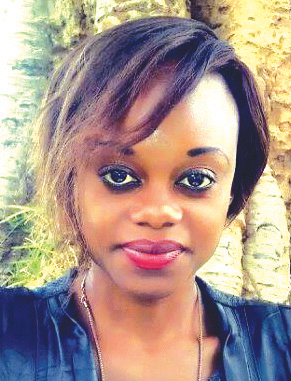 Analysis: MZEZITI MWANZA
THE International panel on climate change (IPPC) has reportedly issued a paper saying that without drastic measures to cut carbon emissions, reduce our energy use and remove carbon already in the atmosphere, we are “extremely unlikely” to meet the Paris Agreement and goal of keeping global warming below 1.5degrees Celsius (2.7 degrees Fahrenheit).
Despite years of climate negotiations, more fossil fuel industries continue to be set-up in different parts of the world and selfish interests of the fossil fuel industries is a huge barrier to achieving this ambitious Paris Agreement target. This article aims to explain why keeping temperatures below 1.5 degrees Celsius is important and further explores the political concerns that frustrate fulfilling the Paris Agreement.
Climate change is happening now. We burn fossil fuels, especially coal for energy, or use our land unsustainably, we pollute the atmosphere with green houses gases, which subsequently drive temperatures higher. The earth’s average temperatures have changed before naturally. However, human civilization developed during a remarkable stable of temperatures and now our actions are taking us beyond this. All this has led to climate related threats and developing countries are at a greater risk than developed countries that are better able to cope with changes in climate. Finding the best strategies of transitioning to 100 percent renewable sources, financing for then in the light of selfish interests of fossil fuel industries is no doubt challenging.
“Keeping temperatures below 1.5 degrees Celsius” is of course very difficult but possible if all countries take lean measures and commit to allowing the Paris climate agreement to drive the future of the global environmental movement. During a webinar interview organised by the climate trackers, Andrew Higham, CEO of Mission 2020, who is one of architects behind the scene of Paris Agreement, said “what we do in the next three years is most important for us to keeping temperatures between 1.5 degrees and 2 degrees Celsius.” he further spoke about the amount of carbon dioxide we need to put in the atmosphere forever, if we are to keep temperatures below 1.5 degrees Celsius. He said there is need for polices and measures and real action from the economy if we are to burn the curve in the global emission by 2020.
For many years, 2 degrees Celsius of warming was the limit discussed internationally; but as knowledge of climate change impacts developed we need to understand that reduction in temperatures of an extra 0.5 degrees would make a significant difference. 0.5 is not just a number; it is the difference between safety and crisis for many-particularly the most vulnerable. Half a degree may not sound significant but it does make a huge difference. For example, there are some substantially bigger impacts projected at 1.5 degrees and 2 degrees of global warming – including in extreme weather events, water availability, agricultural yields, sea-level rise and risks to coral reefs. Bill Hare of climate analytics and a member of the research team produced a cautionary report that stipulated that biggest rise in impacts between 1.5 degrees Celsius and 2 degrees Celsius would be felt most by tropical countries especially developing countries that are already highly vulnerable. In tropical regions the half a degree difference in global temperatures could damage crop yields particularly in Central America and West Africa. The half degree difference between 1.5 and 2 degrees may not change priorities but will see half a degree of reduced climate related impacts. However, we must prepare for the worst and invest in improving resilience.
One of the largest challenges to fulfilling the Paris Agreement is the political will to commit the agreement. 197 parties signed the Paris Agreement, 170 parties ratified and many countries subtitled their own plans to cut carbon emissions but no biding measures were put in place to meet these goals. In an interview with WD Sabine Minninger climate expert at non-governmental organisation Bread for the World attributed failure to implement change after 20 years of climate negotiations to lack of political will, she further added that “the technology is available, so we cannot say it’s impossible”.
Parties need to set essential elements across different sectors that align with the Paris Agreement. This should guide the transition of world economies to renewable sources of energy. For example, the mission 2020 identifies six milestones across different sectors to achieve significant progress in cutting global emission by 2020, these being: energy infrastructure, land, industry, finance and industry sectors. We must act now and critically mainstream carbon-emission targets in the global economy and embrace the already existing climate technologies to benefit us while supporting the advancement in new technologies. For instance, world governments need to implement policies and programmes that create an economic environment for climate tech firms to develop their ideas to greater maturity by providing them with training, guidance, partnerships, and business models. We can stay below 1.5 degree celsius by fostering natural climate-solutions along with embracing low-carbon and climate resilient technologies that will be developed, used and accepted by society. Lastly, this year in September provides a political space to which is the year of Talanoa dialogue, during which countries can double their efforts in achieving the ambitious goal of keeping temperatures below 1.5degrees Celsius.
The author is an environmentalist.