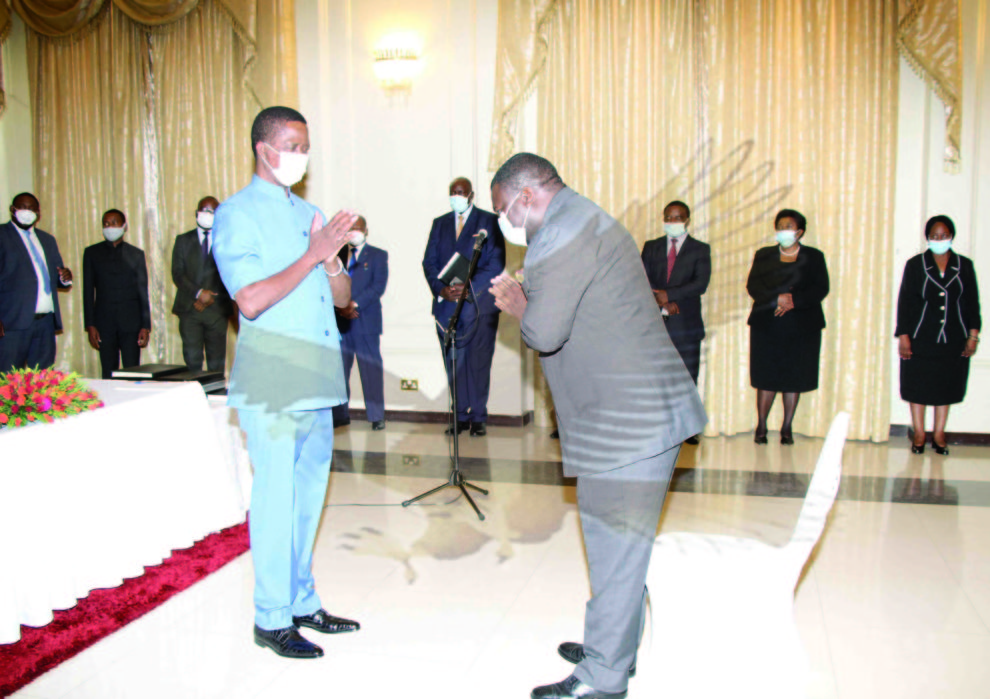 NANCY SIAME, Lusaka
MINISTERS should stick to their lane and avoid usurping duties of technocrats as this might bring Government into disrepute, President Edgar Lungu has said.
The head of State says ministers should not mix up their roles with those of technocrats as this can generate chaos in the civil service.
President Lungu said this at State House yesterday when he swore in Raphael Nakacinda as Minister of Water Development, Sanitation and Environmental Protection.
“Your [minister] role is policy formulation, don’t cross from one lane to another. I, therefore, don’t expect you to usurp the roles of technocrats because that action will not only entangle you, but the rest of Government,” President Lungu said.
The President said the minister’s role in a ministry is policy formulation.
“Please, take care, don’t indulge in actions which might bring government into disrepute CLICK TO READ MORE