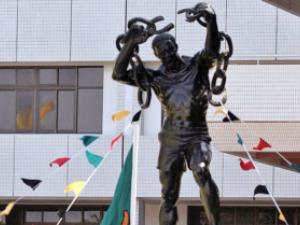 IT IS sad that 53 years after Independence, which was achieved through unity of all regions, Zambia is grappling with tribalism.

Tribalism threatens the existence of this great nation, which for a long time thrived as one big family.
Founding President Kenneth Kaunda worked very, very hard to unite the country under the ‘One Zambia, One Nation’ banner.
During Dr Kaunda’s reign, tribalism was to a great extent kept at bay and most people genuinely despised it.
Public service workers were posted to regions that were not their home areas and this helped Zambians appreciate and accept other cultures. This also encouraged inter-marriages to further bond this country across the tribal divide.
The issue of tribe seems to have become a factor with the return of plural politics – though not in 1991 because the Movement for Multi-party Democracy (MMD) received overwhelming support from every corner of the country.
Things began to change around 1996 and escalated in 2001 and Zambia seems to be getting further divided with each general election.
Now, virtually every appointment, especially in Government, is viewed by some people with a tribal eye.
Zambia is for all Zambians and there is no need for any tribe to think it is superior to others or indeed feel inferior to others.
Zambians should think of each other first as fellow citizens and not which tribe they belong to.
In any case, with intermarriages and the younger generation, especially those in urban areas, frowning upon tribalism, the scourge will have no foothold sooner or later. Rather than wait for that time, however, there must be a greater effort made to get rid of it.
Tribalism may be as old as the country itself but it is about time that the scourge was firmly dealt with because it is a distraction and a recipe for divisions.
On his part, President Edgar Lungu has continued to preach the ‘One Zambia, One Nation’ slogan.
In fact, he has soared above the slogan by walking the talk through his inclusive Cabinet as well as the Central Committee of the ruling Patriotic Front.
He has also embraced all regions of the country through visits and investments. These include regions from which he had negligible votes during last year’s elections.
Other individuals and institutions should also play their part in curbing, if not entirely eradicating, tribalism. It is in this light that President Lungu has directed the police command to rid the service of tribalism.
President Lungu is concerned that some Zambians still look at others through the eyes of tribe instead of the service one is able to offer to the nation.
He assured the nation that he makes appointments on merit and not tribe and emphasised the need to fight this scourge.
Further, President Lungu has encouraged citizens to always see themselves as Zambians first.
It is imperative that people look at others merely as professional Zambians wanting to serve the country to their very best.
Indeed, Zambians should think and act above tribe if this country is to make quicker strides in development for all.
Every effort should be made to ensure co-existence under the banner of ‘One Zambia, One Nation’.