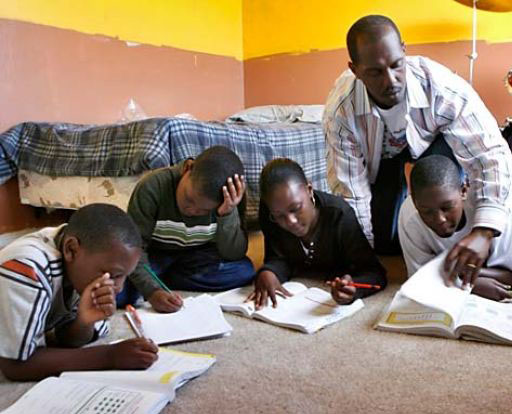 DEXTER NJUKA
THE secondary school leaving examinations are over. The â€œSugosâ€ are home. Some have gotten busy and some as usual are lazing about.
In a little while these boys and girls will be sobering up to the fact that they have now started another phase of life.
It is during this long break that most parents lose their children to life in the fast lane.
The school authorities have done their part and less can be emphasised that this is where the teachersâ€™ influence loses grip on these our children.
Itâ€™s now up to the parents to pick it up and begin to share with their children life experiences and teaching them survival skills.
To be home for about three months before the results are out is indeed a long time. Many things can go wrong with these children if parents do not step in. Just as an old but valuable maxim states, â€˜an idle mind is the devilâ€™s workshopâ€™, there is need to keep our school-leavers busy.
The years that I have worked as a chaplain at a Christian school have been worthwhile.
I have been able to get into these childrenâ€™s lives to the extent of realising that most of us know little about parenthood.
Some experiences were so wonderful and some so awful. It is always exhilarating to reclaim a wayward child that had been brought to school not necessarily for academics, but for character building.
And at the same time it has always been heart-aching to lose some children as they gave up their lives by going to prison or get impregnated.
I still tell the good parents that they did and we too did all we could to make these children better persons.
But the fact is that by the end of the day everyone is blessed with the freedom of choice.
There was this little girl who made wrong choices. She had come to our academy way back when she was young.
She came from a single parentâ€™s home. Her mother was so dedicated to bringing her up that she always called my office to find out how her daughter was doing.
She did what every caring mother could do to make her daughterâ€™s life better.
Each time she heard I was in town, she would ask me to pass through her office to pick up some envelop of pocket money or something for her daughter.
I timely warned her of her daughterâ€™s new delinquent friend, who had been expelled from many schools before coming to ours.
The girlâ€™s new friend was involved in immoral behaviour, which she exhibited even by always sneaking in and out of campus at awkward times.
When I shared my concerns with the mother about the daughterâ€™s new-found friend, the child hated me and even stopped talking to me.
It was and is hurtful when a child stops talking to you for correctly reprimanding them. She never wanted to have anything to do with me the whole of her last term before completing her Grade 12 just because I had warned her about her new friend.
The Bible in Proverbs 12:1 says, â€œWhoever loves discipline loves knowledge, but he who hates correction is stupid.â€
What is more hurting is that one year down the line, I came around town and someoneÂ  tells me this girl was impregnated by an old man who even denied responsibility and that her mother has since disowned her.
She now lives with her grandparents. I am caught in between the pain of a mother who had all those big plans for her only daughter and the shame this child is now experiencing.
On a positive note, most of the children at our Christian school had an encounter with the God who changes lives.
The God who does what prison walls, reformatory schools, or floggings canâ€™t do.
I am talking about the only God. My pupils would humorously call Him â€œBashi Emaâ€. He is in the business of changing lives.
That is His core business.
This is a distinct value of Christian education. It is faith integrated into academics. Children are taught every morning about group and personal devotions and are exposed to many Bible characters to inspire them to live better and productive lives.
There are many Christian faiths that run vacation Bible schools during school holidays.
I therefore encourage you, parents, to consider taking your children for such a programme.
There, they will be taught many things from life skills, character building to good citizenry.
The author is a chaplain at Mupapa Adventist Academy and a journalism student at Rusangu University.

When the graveyard becomes boring

Political will and sanitation ownership