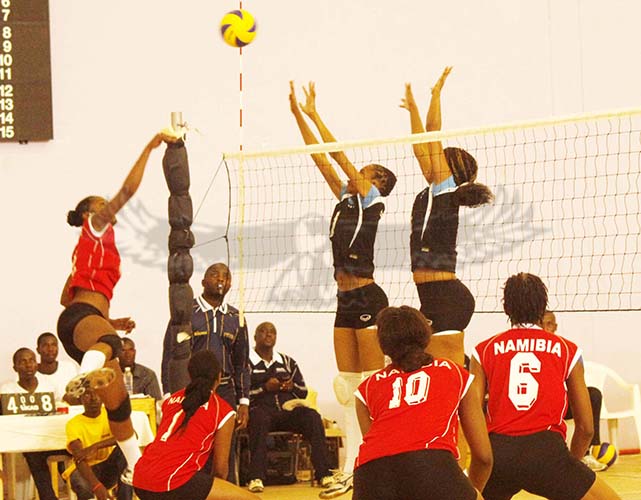 DIANA MUTAKAFIMBO, Lusaka
KONKOLA Copper Mines has pledged support towards the development of basketball and volleyball in Chingola.
KCM chief executive officer Steven Din, who offered basketball tips to more than 30 pupils from four government schools in Chingola and Konkola Trust School in Chililabombwe at the weekend, said the inclusion of sport in a childâ€™s development is important.
In a statement issued on Monday by KCM manager – public relations and communication Shapi Shachinda, Din said the mining firm will seek to be more involved in basketball and volleyball.
The basketball tips were part of a series of programmes KCM has organised to commemorate Zambiaâ€™s golden jubilee and Vedanta Resources Plcâ€™s 10 years in Zambia since it took over the running of the organisation in November 2004.
â€œWe will see what we can do to promote basketball and volleyball in KCM and also outside in the schools. KCM already supports sport in the form of football and we will try to expand directly into the community where the young stars get an opportunity as well,â€ Din said.
He urged the pupils to include basketball as part of their curriculum to sharpen their skills.
Each of the participants received branded T-shirts and caps, while two basketballs were given to each of the five schools.
Din noted some budding basketball stars including 11-year- old Helen Zimba from Kabundi Primary School and urged them to continue working hard.
Zimba encouraged her colleagues to get into the sport.
â€œI love playing basketball despite being small. I love to shoot. I would like to encourage other pupils to play basketball because it keeps you active,â€ she said.