Analysis: MUBANGA LUMPA
ON SATURDAY March 10, 2018, Zambia’s President Edgar Lungu alongside his counterparts; Zimbabwean President Emmerson Mnangagwa and Botswana President Ian Khama held a meeting over the possibility of Zimbabwe joining the Kazungula Bridge Project.
The meeting of the three leaders was held in the Botswana town of Kasane to assess progress on the construction of the 923 metres long bridge over the Zambezi River. The three leaders resolved to come up with a joint project that will be a one-stop-border post. The US$259 million Kazungula road bridge construction is being funded through a co-financing arrangement with the African Development Bank and the European Union – Africa infrastructure Fund Trust.
According to a statement by the Botswana government ahead of the meeting for the three leaders, “the project will contribute to boosting of regional economy through increased traffic throughout the North – South Corridor; increase global competitiveness of goods as a function of reduced time based trade and transport costs; reduction of transit time from three days to less than half a day”.
The discussions on the multinational Kazungula Bridge Project began in 2008 while the actual works on the project started in 2014.
However, during the initial phase of the project, Zimbabwe under former President Robert Mugabe had isolated itself from the project following diplomatic hitches which ensued with the Botswana leader, President Ian Khama. Thus, the move by Zimbabwe to join the project can be seen as part of President Mnangagwa’s promise to restore confidence in the Zimbabwean economy and mend diplomatic ties between his country and other countries in the international community after assuming office on November 24, 2017.
The Kazungula Bridge will connect Botswana, Zambia, Malawi, the DRC, Mozambique, Tanzania, South Africa and Zimbabwe. The bridge is a multinational project which is envisaged to improve trade relations among SADC countries.
Historically, the three countries; Botswana, Zambia and Zimbabwe have shared a long history dating back during the times of the liberation struggle of southern Africa. Due to the country’s strategic location in the region, Botswana played a critical role as a pathway for a number of freedom fighters, guerrilla soldiers and refugees fleeing apartheid South Africa and racist Southern Rhodesia (now Zimbabwe) en route to Zambia or Tanzania to join in the liberation struggle for their countries.
For instance, both ZANU and ZAPU fighters used the Botswana passage just like their fellow comrades fighting against oppression and racial injustice in South Africa such as the The Azanian People’s Liberation Army (APLA), the military wing of the Pan African Congress (PAC) and the African National Congress’ (ANC) military wing, the Umukonto we Sizwe (MK).
Although Botswana did not allow these liberation movements to establish military training camps, it did however accommodate many refuges and liberation movement leaders in their country. As stated in many historical narratives, the struggle for independence in many African countries came after years of prolonged nationalist and military struggles against white minority rule.
For instance, the struggle for liberation in a number of southern African countries such as Zimbabwe was not confined to their own country’s soils alone but extended to other countries. As a result, some newly independent African countries such as Botswana, Tanzania and Zambia became important host nations for many southern African liberation movements and refugees from the region. This is why many liberation movements in southern Africa developed political and military cooperation among one another, established regional networks of patronage and dependency, fought side by side in the ‘trenches of the struggle’ for the liberation of their people, lived together with their fellow Africans fighting for freedom while exchanging views and information and hosting each other.
Zambia, for instance had to endure years of economic hardships after its trade route to the south was cut-off following the Unilateral Declaration of Independence (UDI) by the Ian Smith regime in Southern Rhodesia and because of President Kaunda’s criticism of it as well as Zambia’s continued support for ZANU and ZAPU guerrilla fighters hosted in the country.
There is therefore, no doubt that it is in part because of this historical spirit of cooperation and solidarity among countries in the southern African region that a regional body such as the Southern Africa Development Community (SADC) was established to enhance political cooperation and solidarity among member states.
Today however, all of the countries in southern Africa have attained political liberation and are now independent states. This is why there is an increasing shift from military and political solidarity towards economic diplomacy and cooperation among these countries in the region. For a landlocked country and one of world’s 10 copper producers, Zambia relies heavily on its road network to ship mine equipment and other mineral exports overseas through its eight neighbouring countries. Therefore, the country’s sound relation with her neighbours is critical for the country’s regional trade and in achieving sustainable socio-economic development and in transforming the country from a landlocked to a land-linked country. Zambia’s neighbouring countries also heavily depend on the country’s trade routes for reliable and shorter path to most African ports.
Therefore, the recent meeting by the three leaders of Botswana, Zimbabwe and Zambia to assess progress on the construction of Kazungula project is important as it is also expected to serve as an alternative route to the existing road link at Chirundu Border which connects Zambia and Zimbabwe once operational. Further, the benefits of the project are enormous to not only the three countries but also other SADC member countries in enhancing transport links and cooperation; strengthen regional integration and trade facilitation.
It is for this reason that the leaders of Botswana, Zambia and Zimbabwe deserve to be commended for re-igniting these historical relations shared by these countries through their country’s renewed economic cooperation and trade by committing to the joint Kazungula Bridge project.
The author is a social commentator and blogger. 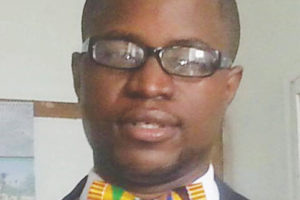