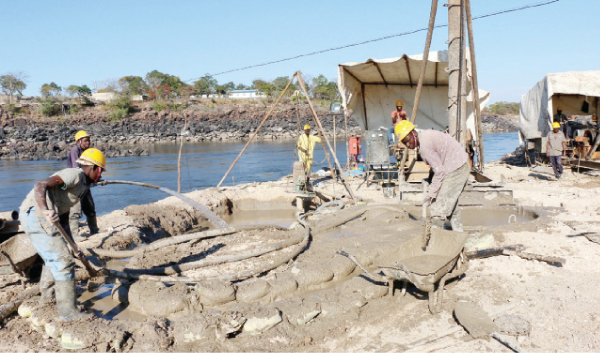 JIMMY CHIBUYE, Choma
THE construction of the multi-million dollar 923-metre long Kazungula rail bridge has temporarily stalled following a court injunction obtained by a mining firm restraining the contractor from hauling gravel from his land.
The US$259.3 million bridge, which will be constructed over the Zambezi River, is being undertaken by Zambia and Botswana with financial assistance from the Japan International Co-operation Agency and the African Development Bank.
The railway and road-bridge will also have two `one-stop border postsâ€™ on either side of the bridge in Zambia and Botswana.
Southern Province Minister Nathaniel Mubukwanu said a mining firm called Chilibwe has suedÂ  the contractor (Daewoo Engineering and Construction of South Korea) to stop hauling gravel for construction of the temporary bridge.
Mr Mubukwanu said this when Minister of Finance Alexander Chikwanda paid a courtesy call on him here on Friday.
He said Chilibwe Mining is claiming ownership of the land where the Daeawoo Engineering and Construction is getting gravel material and has obtained an injunction stopping the contractor from conducting any activities on the land.
â€œTwo days ago we received an injunction from some mining firm called Chilibwe, which has a prospecting licence in Kazungula. They have sued the contractor halting collection of gravel material from a land which was given to the contractor by the Road Development Agency. This will have a very negative impact on the project and we do hope it will not take unnecessarily long to resolve,â€ he said.
Mr Mubukwanu said the provincial administration has informed the relevant authorities within Government to find a solution.
And Mr Chikwanda said Government will not allow the project to stall because it is essential for regional trade and integration.
He said the project will have to take off because the court process will be dealt with expeditiously.
â€œIt is an important project and it has to take off. I am sure that those problems of somebody dragging us to court will be resolved with due expedition and I hope that our colleagues at Ministry of Works and Supply, Ministry of Justice, ourselves and everybody concerned with this project have no time to waste,â€ Mr Chikwanda said.
He said the project has to take off and be completed to accelerate the trade development in Zambia and other countries in the region. 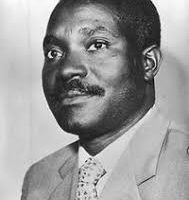