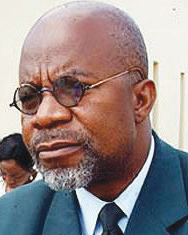 STEVEN MVULA, Lusaka
PRESIDENT Edgar Lungu has appointed former Minister of Finance Katele Kalumba as team leader of the Southern African Development Community (SADC) observer mission in the Madagascar presidential elections slated for November 7.
The head of State is chairperson of the SADC organ on politics, defence and security.
And President Lungu’s emissary to the eSwatini parliamentary elections Highvie Hamududu yesterday presented a report on the parliamentary elections which took place on September 21 in that country.
Mr Hamududu was once Bweengwa Member of Parliament under the United Party for National Development and later formed the Party for National Unity which he currently heads.http://epaper.daily-mail.co.zm/