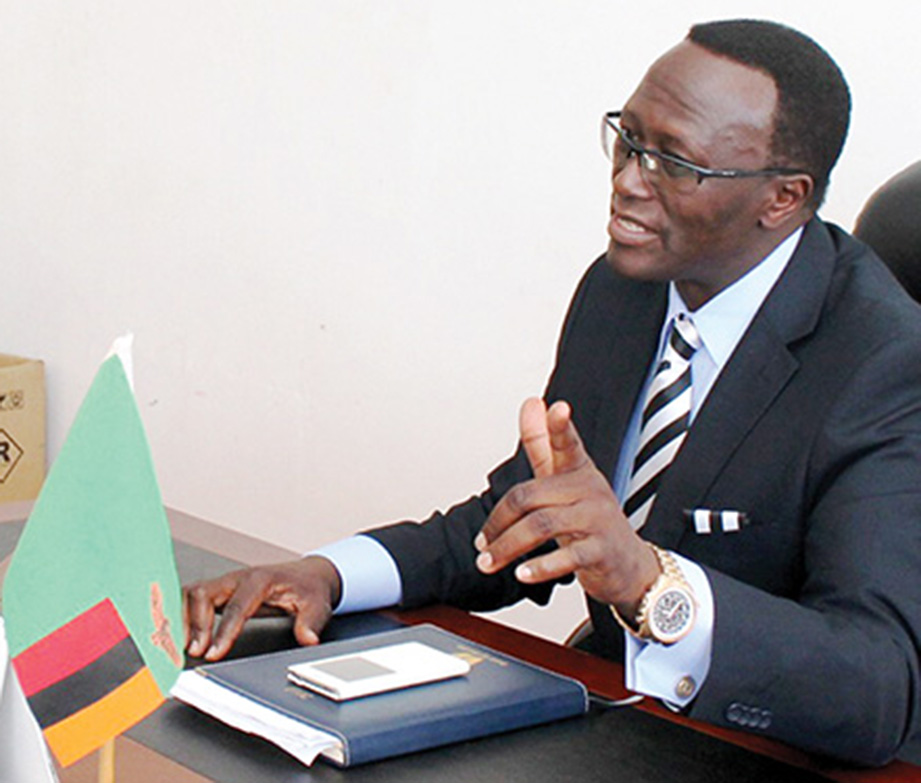 KABANDA CHULU & STEVEN MVULA, Lusaka
PUBLIC media houses should seek guidance from the Ministry of Information and Broadcasting Services before they publish stories of a political nature, Permanent Secretary Chanda Kasolo has advised.
And Mr Kasolo has condemned the manner in which Zambia National Broadcasting Corporation (ZNBC) board chairman John Mulwila expressed concerns over the intimidation of journalists by some senior PF officials.
During a media briefing in Lusaka yesterday, Mr Kasolo said Dr Mulwila made serious allegations that have to be corrected.
â€œThe ministry is the appointing authority of the board of ZNBC and we give policy directives on how to operate the institution,â€ he said.
“I shall not let government organs fan discord in the political arena, the public media must act responsibly, especially during this time of campaigns when tensions are high.
“So ZNBC and other public media houses should seek guidance on how to handle stories of a political nature.â€
When asked how often media houses should seek guidance looking at the unfolding events that comprise mainly stories of political nature, Mr Kasolo said the media should ask themselves whether the stories they intend to publish will cause violence or create anarchy.
â€œThey shouldnâ€™t be coming for consultation all the time, but only in difficult political situations. For example, last week Dr Scott issued a statement and Mr Edgar Lungu also issued a statement. After consultation, I advised ZNBC to run Dr Scottâ€™s statement so as to avoid creating a bad picture about the country but I was blamed â€˜that I am gagging the mediaâ€™ which is not true,â€ he said.
Mr Kasolo said he is a democrat who believs in having opponents â€˜fightingâ€™ on equal footing.
And Speaker of the National Assembly Patrick Matibini has directed Minister of Information and Broadcasting Services Joseph Katema to issue a ministerial statement by tomorrow on the conduct of senior government and PF officials who allegedly stormed the ZNBC news room, reports KABANDA CHULU.
This followed a point of order by Kasempa MP Kabinga Pande, who wanted to know if Minister of Youth and Sport Chishimba Kambwili, PF deputy national secretary Anthony Kasolo and PF Member of the Central Committee Sylvia Masebo were in order to allegedly instill fear and intimidate journalists.
Meanwhile, Minister of Chiefs and Traditional Affairs Nkandu Luo and Minister of Foreign Affairs Harry Kalaba have condemned the alleged storming of the ZNBC newsroom.
But Mr Kambwili, Mr Kasolo and Ms Masebo speaking at a press briefing, denied storming the ZNBC newsroom and said they went to the national broadcaster at the invitation of Kenneth Maduma, the director of news and current affairs to clarify a story.
â€œWe went to ZNBC to clarify a story and Mr Maduma made us wait for him in the newsroom, where we started highlighting some bias in their news,â€ Mr Kambwili said.
Mr Kasolo accused Dr Mulwila of abusing the national broadcaster.
Ms Masebo, who is PF chairperson for elections, confessed calling Mr Maduma to question him why he had aired an erroneous story.
â€œI didnâ€™t abuse Mr Maduma. I called him to stop the nonsense of alarming the nation with a false story. There is only one PF,â€ Ms Masebo said.
Meanwhile, Independent Broadcasting Authority (IBA) Director General Josephine Mapoma has encouraged media houses to be firm and report the truth, reports LINDA NYONDO.
Ms Mapoma said in a statement yesterday that media houses should stick to their editorial policies as they disseminate information.
She commended ZNBC management for the decision to only accept statements that are dully signed as opposed to people storming the newsroom.