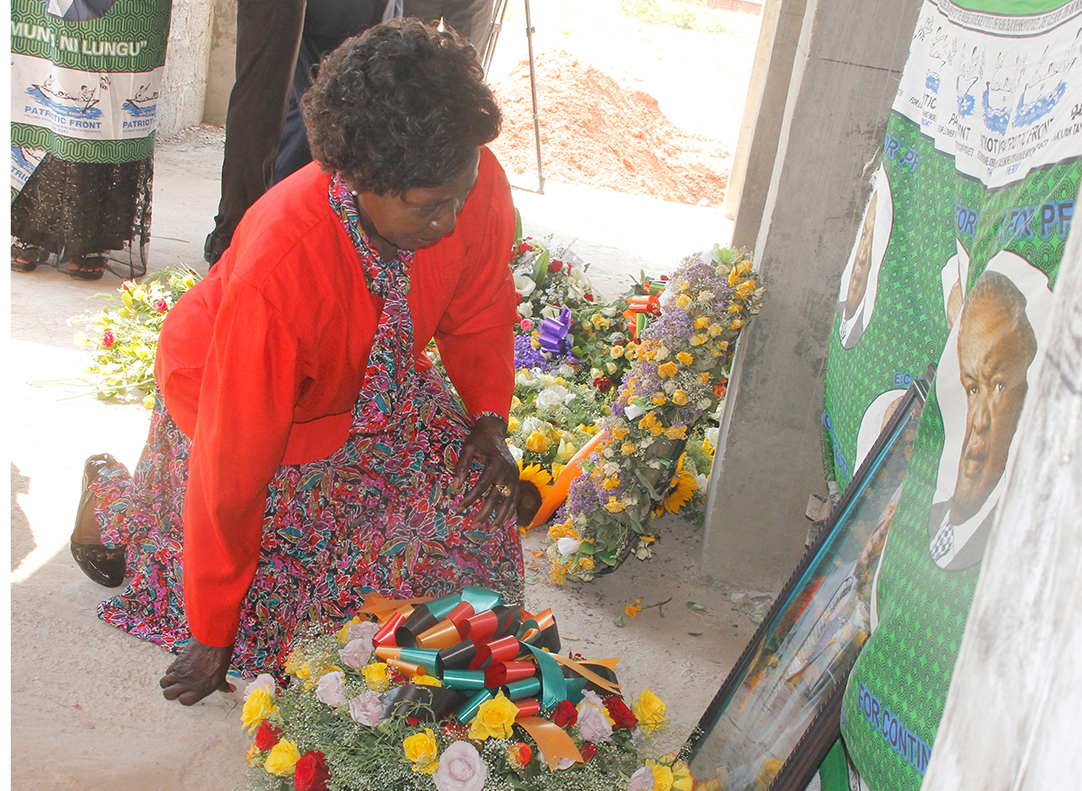 KELVIN CHONGO, Lusaka
IN a moving tribute, former First Lady Christine Kaseba has eulogised her late husband President Michael Sata as a selfless leader who endeavoured to serve the poor and govern the country by the biblical 10 Commandments.
And Vice-President Inonge Wina described late President Sata as a great leader who had respect for humanity.
In an interview in Lusaka yesterday, Dr Kaseba (left) thanked God for Mr Sataâ€™s life because it touched many souls in different ways and that it is painful and feels like yesterday when he died.READ MORE