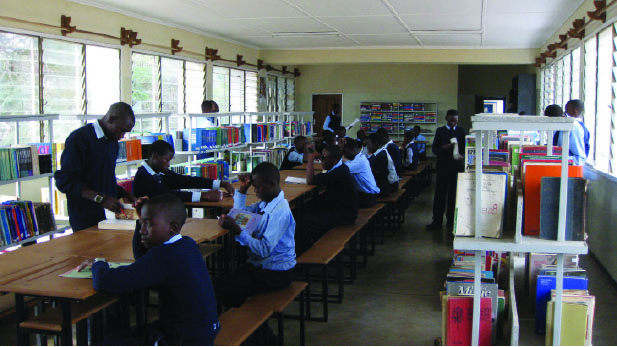 PRISCILA CHIPULU, Kasama
GOVERNMENT, in partnership with Promoting Equality in African Schools (PEAS), has embarked on the construction of a boarding secondary school in Kasama in Northern Province at a cost of US $1.5 million to enable more youth to acquire education to effectively contribute to national development.

And Minister of Housing and Infrastructure Development Ronald Chitotela says education is a channel for development and partnerships in steering Zambia to attaining the Vision 2030 and become a middle- income economy.

Speaking during a ground-breaking ceremony in Kasama last week, Mr Chitotela said in a speech read for him by provincial education officer Humphrey Simutowe that Government is interested in supporting initiatives that will bring development.
“Our vision is to see more developmental structures being put up. This is what PEAS is doing by not just offering infrastructure development.When the school is completed, it will not only be able to offer academic and vocational subjects but also offer innovative life skills training to students.” Mr Chitotela said,
He said Government remains committed to supporting initiatives aimed at building more quality secondary schools by the non-governmental organisation (NGO).
And Kasama Central member of Parliament (MP) Kelvin Sampa lauded PEAS for complementing G o v e r n m e n t ’s e ff o r t s i n constructing modern education facilities countrywide to give chance to more people to attain secondary education.
“The people of Kasama Central are very lucky because they are the first to receive a school which will cost US$1.5 million, it will be built in phases,” he said.
He said time for politicking is over and that it is now time to deliver development.
Meanwhile, PEAS country director Rachael Kalaba said the challenge of offering secondary school education remains a huge task but with continued support from Government, her organisation’s target is to expand the schools’ network.
“The strengthened relationship between Government, private sector and the community through traditional leaders will not only bring about projects of development but expected change in communities,” she said.
And headman Kapata of Henry Kapata village said the building of the school will help reduce retrogressive vices such as early marriages.
He has also commended Mr Sampa for leading the way in accessing land to pave way for the building of the school.
The school,which is expected to be completed in five months, will enrol an initial 350 pupils, 51 percent of them girls, and of the total, 10 percent will include pupils with special needs.