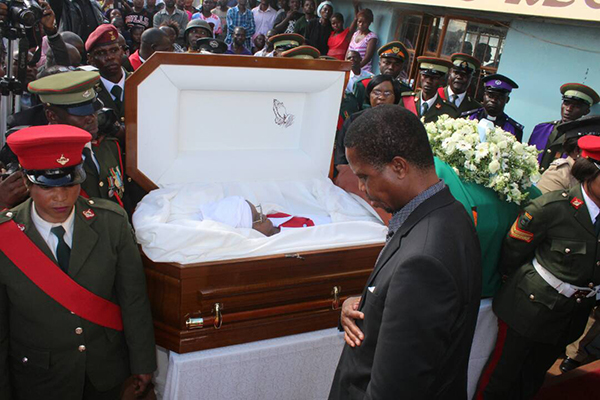 HONE SIAME, Lusaka
PRESIDENT Lungu will today lead Zambians from all walks of life in paying their last respects to freedom fighter Salome Kapwepwe, who died in her sleep on Tuesday in Chinsali at the age of 90.

Mrs Kapwepwe was widow of Vice-President and freedom fighter Simon Kapwepwe, who died in 1980.
Muchinga Province Minister Malozo Sichone said all arrangements have been finalised to ensure that Mrs Kapwepwe is accorded a dignified send-off in recognition of her distinguished service to the nation.
Former freedom fighters led by Mama Kankasa are also expected to attend the funeral procession, which will start with a requiem at United Church of Zambia Chinsali congregation at 09:00 hours before moving to Kasembo Farm, where Mrs Kapwepwe will be buried next to her late husband’s grave.
The national morning, which started on Thursday, ends today at 18:00 hours.
President Lungu will return to Lusaka immediately after the burial.