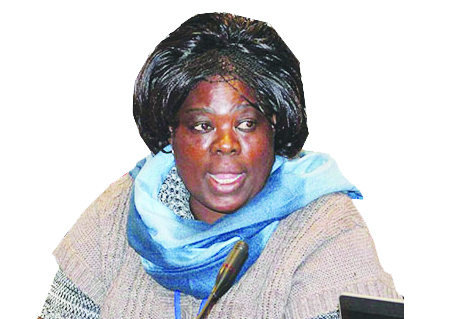 been inadequate and unco-ordinated adding that even recommendations emanating from there remain largely unknown by key stakeholders.
And a forestry expert says the media play a significant role in creating environmental awareness and information about massive investment in forest restoration programmes and management.
Ms Kapata said African compliance to multilateral environmental agreements remains low.
“Because of this, even recommendations emanating from them [International agreements] remain largely unknown by key stakeholders in our countries and therefore no or little action has been taken on them by any institutions and individuals,” Ms Kapata said.
She was speaking in Lusaka during a five-day regional training workshop for African forestry experts on forestry-related international agreements organised by the African Forestry Forum (AFF).
She said because of the low knowledge about the forest-related global processes and recommendations, there has been limited awareness, appreciation and appropriation with African government institutions.
Ms Kapata said capacity building of all actors is therefore required in order to contribute to critical forestry experts in Africa.
And AFF executive secretary Professor Godwin Kowero said different information tools like radio, television and newspaper are faster in spreading awareness related to climate change and environment protection among the rural people at a faster rate than personal contact.
Professor Kowero said the media should be used as an imperative tool in order to boost green growth in the continent.
Prof Kowero said the media perform an important role by the simplicity of the way the information is packaged.
He said healthy forest ecosystems will underpin the continent’s future prosperity, stability and peace hence the need for the use of the media to conserve it.
He noted that climate change, governance hiccups, population growth and urbanisation are exerting pressure on Africa’s forests.
Meanwhile, Prof Kowero said African governments must strengthen capacity of local institutions and enact progressive legislation and policies to promote forest conservation.
He said there is need to bridge the capacity gap in Africa on intergovernmental processes and ensure that the continent’s representatives speak with one voice during negotiations on the various multilateral environmental agreements.