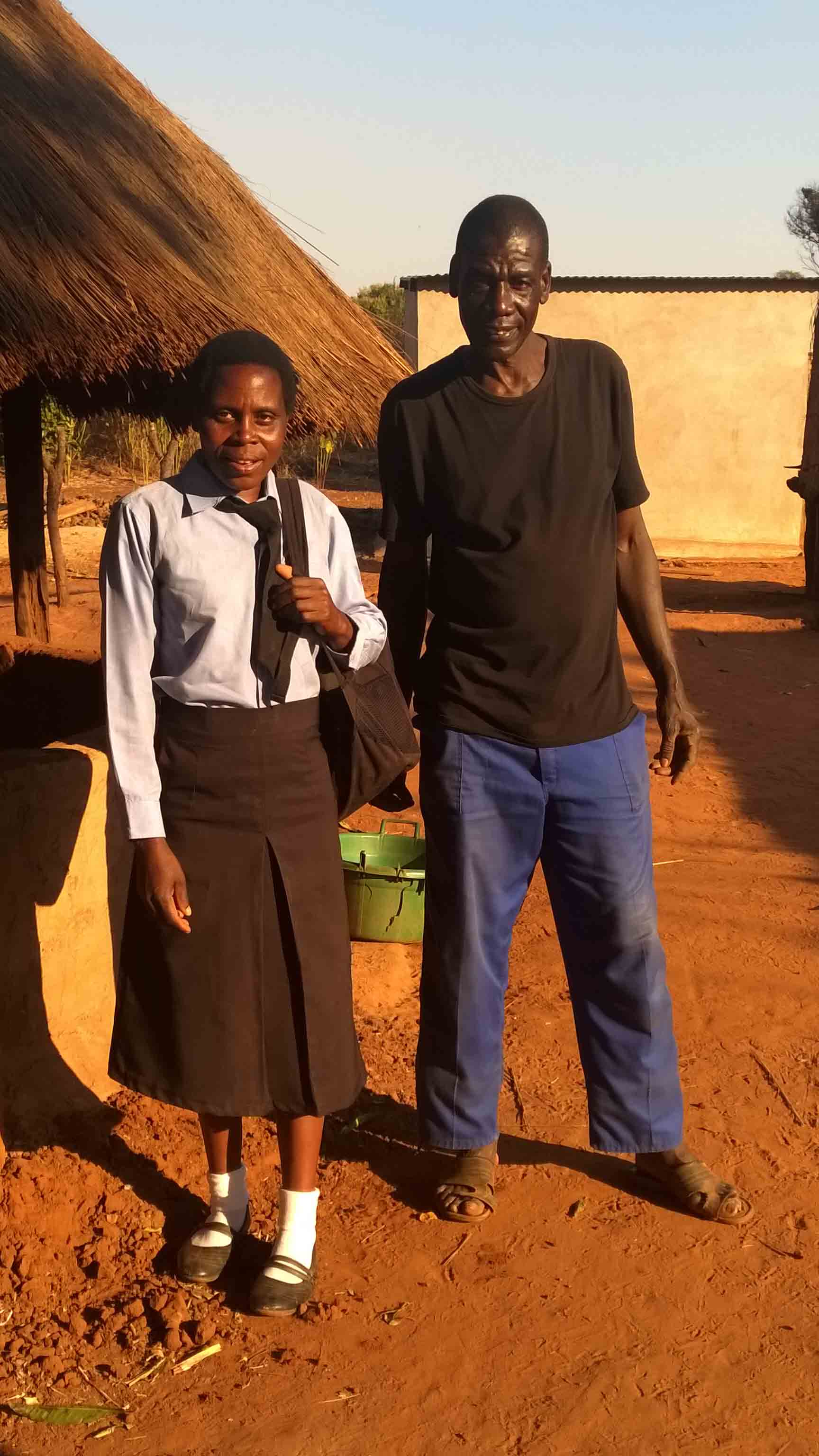 KAPALA CHISUNKA, Kaoma
HER childhood dream was to become an accomplished teacher. Unfortunately, that almost became a pipe dream when Nora Kapupa failed her grade seven examinations in 1987.
She then opted to get married and have a family of her own. But after having five children in her 19-year marriage, Nora decided to go back to school and pursue her dream of becoming a teacher. And this time around, she is determined to ensure that nothing stands in her way.
Nora, 44, is a proud grade 10 pupil at Kaoma Secondary School in Western Province. She decided to go back to school in 2013 when she enrolled in grade eight after rewriting her grade seven examinations.
â€œI felt like I was such a failure when I failed my grade seven examinations. So I decided not to continue with my education,â€ she recounted in Kaoma recently.
Nora was born in 1971 in a family of six in Kaomaâ€™s Lishubani village. She started her primary education in Lishubani in 1981. Her family later relocated to Lusaka where she continued her education at Kapilyomba Basic School.
â€œBy the time I was writing my grade seven examinations, my father had retired and we had to relocate to the village in 1987. I later returned to Lusaka when the results came out but I discovered that I had failed the examinations and, therefore, could not proceed to grade eight,â€ she recalls.
Discouraged, Nora went back to the village and joined the rest of her family. In 1996, she decided to get married and in December the same year, she got married to Sam Munyinda with whom she has four children who include a set of twins.
â€œAs the years went by, I began to think about why I had given up by deciding to quit school. The world is changing, I felt disadvantaged in so many ways. I always needed assistance from my husband to sign or read certain documents, or even to effectively participate in certain community programmes. I began contemplating going back to school,â€ she said.
Over-powered by the desire to go back to school, Nora consulted her husband and children about her decision. And fortunately enough, the family encouraged her to go back to school.
This however meant her being a grade lower than all her older children, but that did not bother her. Her oldest child has completed secondary school while her twin boys are doing grade 11.
â€œI wasnâ€™t ashamed of going back to school but I was a bit skeptical about the reaction I would get from the teachers at school. They, however, shocked me because they too encouraged and assisted me in every way possible. Thatâ€™s how I started my grade eight at Kaoma Basic School,â€ Nora narrated.
After two years of learning at Kaoma Basic School, Nora qualified to grade 10 at Kaoma Secondary School. She says although she sometimes gets overwhelmed by being a wife, mother, farmer and pupil, she is determined to fulfill her dream and hopefully inspire her children to do better.
â€œThe mornings are dedicated to house chores, being a mother, a wife and farmer. But from 13:20 to 18:50 hours, I am a dedicated pupil at Kaoma Secondary School. I ensure that I study for my tests and do my homework on time. Nothing interferes with my school. It is also helpful that I have a supportive husband and children,â€ she said amid a smile.
Unlike what happened in the past, Nora enjoys being at school because she wants to seize this opportunity to better her life and those of her children. Although she cannot take back the years she has lost, Nora believes that the hours she spends at school now are making up for the lost time.
After secondary school, Nora hopes to go to the University of Zambia where she wants to pursue studies in education or enroll for a teaching training course.
â€œI do regret stopping school so early in life because when I look back, I realise how different my life would have been now not only for myself, but for my family as well. I wish I knew then what I know now because education is empowering, you make better and informed decisions when you are educated.
â€œHad I not stopped school, my life would have been different. I would have had better opportunities, my family would have had better opportunities. I would have been living my dream as a teacher.
â€œThat is why my husband and I are determined to ensure that our children acquire an education if they are to become who they want to be in life as there are no shortcuts to being successful.â€
Nora said each day spent in class makes her feel she has made a step closer to fulfilling her dream and she hopes her children can take a leaf from her life and get to live their dreams as well.
â€œI push my children to study hard because I want them to have a better life. My husband and I were not impressed with our older sonâ€™s grade 12 results, so we want him to re-write. We want him to do better and not settle for anything less,â€ she said.
And commenting on parents withdrawing their daughters from school and forcing them into early marriages, Nora said all children should be given an opportunity to acquire an education without intimidation.
â€œEducation is important, it is a right for every child, whether boy or girl. It is empowering and it opens doors to better things. I am a grown up woman and in class I learn with pupils as young as my children because I am aware of the importance of acquiring an education,â€ she said.
And her husband, Mr Munyinda, is happy that his wife went back to school despite her age.
â€œI am happy that she decided to go back to school, she is more confident with herself now,â€ he said.