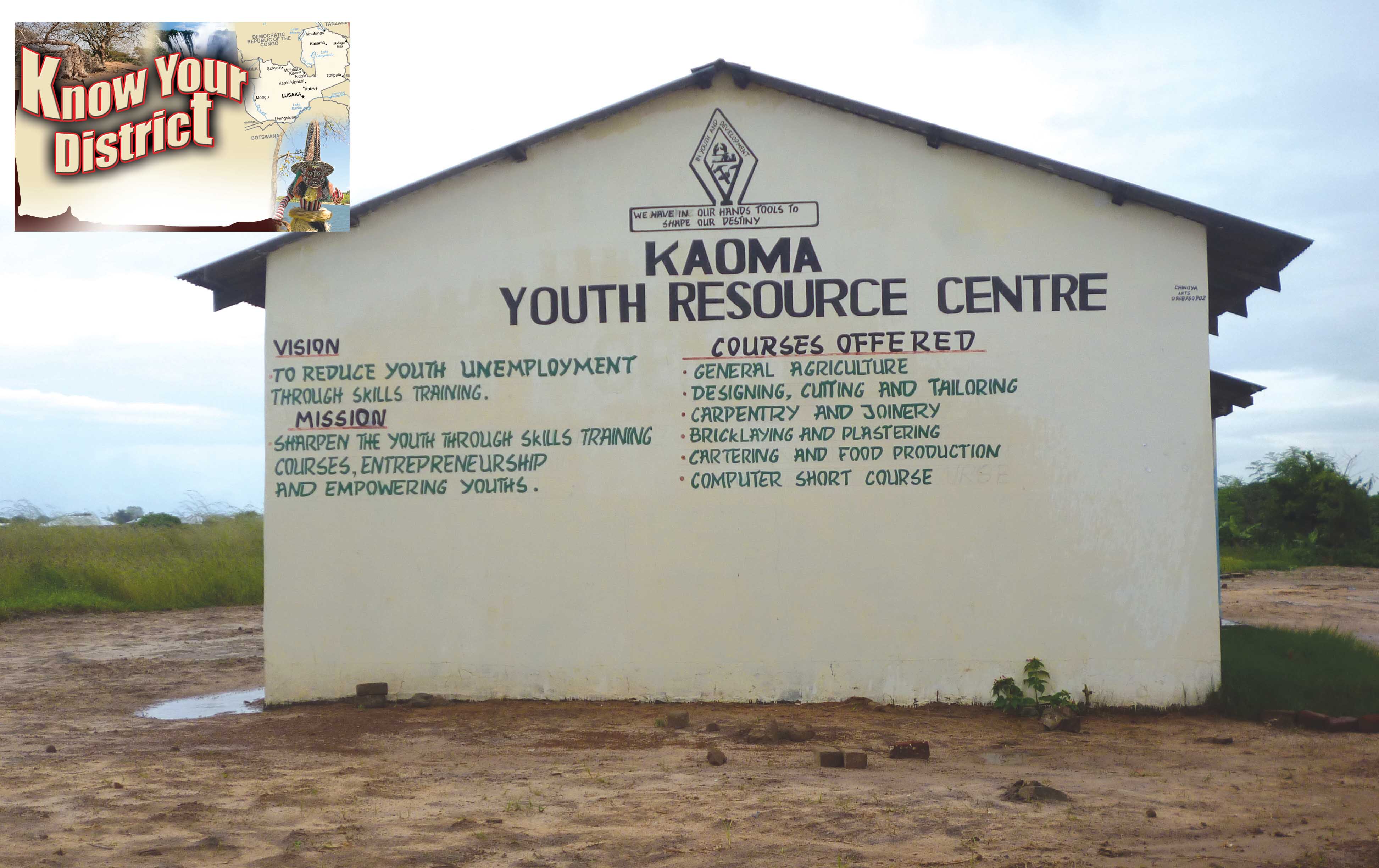 KNOW YOUR DISTRICT with NKOLE NKOLE, Kaoma
KAOMA is located about 400 kilometres west of Lusaka and 200 kilometres east of Mongu, the capital of Western Province. As a farming district, Kaoma is particularly green this time of year.
Prior to his demise, President Michael Sata created two new districts out of Kaoma; Luampa and Mangango.
Zambiaâ€™s Western Province has nine new districts in total and of these, two have been segmented from Kaoma.
When President Sata launched the construction of 650 health posts countrywide, Kaoma was apportioned nine such facilities.
And Kaoma is considered to be the food basket of Western Province as its maize farmers feed much of the region.
Both the Luena and Lalafuta rivers have their sources in Kaoma, and Lalafuta River in particular, shares a boundary with Mufumbwe district in the North Western Province.
Kaoma district commissioner Joster Manjolo was glad to share the various developments taking place in the area during an interview recently.
â€œOne of the major things happening in Kaoma is road construction,â€ Mr Manjolo explained. â€œThe district has for many years suffered a lack of decent roads, but the Kalumwange-Kasempa road has been targeted for an upgrade under the Link Zambia 8000 project.â€
Additionally, the Katunda-Lukulu and Namapombwe-Mulobezi roads have also been earmarked for construction.
â€œWe were also considered for rehabilitation of 20 kilometres of township roads but the contractor who won the tender for Kaoma had no equipment. If he had equipment, by now all the township roads would have been tarred,â€ Mr Manjolo explained.
The first contractorâ€™s tender was cancelled and another, who is expected to start tarring the township roads, has been engaged.
Mr Manjolo is confident that once the roads are tarred, Kaoma will be a better place to live in and will attract outside investment as a centre of farming activity in Western Province.
Initially, Kaoma had three chiefdoms before it was divided into three districts. Senior Chief Amukena, Chief Mutondo and Chief Kahare were all living in Kaoma.
Chief Kahare is however now found in the newly created district of Nkeyema.
Kaoma also has a number of secondary schools which include Kaoma and Mangango secondary schools, while Mayukwayukwa Secondary School was recently opened in the district.
The district has also upgraded a few primary schools to secondary schools which include Mulamatila and SIshekano.
â€œVery soon we will be upgrading another primary school called Chitwa in Kaoma North,â€ Mr Manjolo enthusiastically shared.
As for institutions of higher learning, both Kaoma Trades Training Institute and Kaoma Youth Resource Centre provide skills training to the youth in Kaoma.
Although much of Kaomaâ€™s population is dependent on farming as a source of livelihood, many people in the district have also ventured into business. This is evident, for instance, by the many grocery stores in the central business district.
The population of Kaoma is fairly high with about 280,000 people.
Timber production is one of the economic activities taking place in Kaoma. However, operations of the Chinese in the district have presented a challenge to the locals because the Chinese are allegedly cutting timber from the woodlands rather than buying it from the locals.
â€œThe locals thought that maybe the coming of the Chinese would benefit them as they would be cutting the timber themselves and then sell it to the Chinese. But unfortunately, the Chinese are cutting the timber for themselves,â€ Mr Manjolo shared.
Despite the challenges, the district commissioner said the local community is forging ahead.
Accommodation is readily available in Kaoma as the town is steadily growing and gaining a more metropolitan outlook.
The Nkoya, Lozi, Luvale and Mbunda comprise Kaomaâ€™s main ethnic groups, but the growth of the town has attracted people from different parts of the country to settle in Kaoma in search of a livelihood.
Despite many of Kaoma townâ€™s residents being of Nkoya and Lozi origin, it is not uncommon for one to hear the dialect, Nyanja, being spoken especially in the town centre.
Catering for the districtâ€™s health needs is Kaoma District Hospital which was officially opened in 2011.
Initially a rural health centre, the growing medical needs of the residents of Kaoma led to the idea of transforming the facility into a district hospital in 2009.
Various medical services are on offer at the hospital and they include cervical cancer screening.
â€œWe are still lobbying for a generator set to electrify the hospital during power interruptions as we always face problems when power goes,â€ Mr Manjolo said.
Once a vast and open bush, Kaoma is gradually becoming one of Western Provinceâ€™s most promising districts.