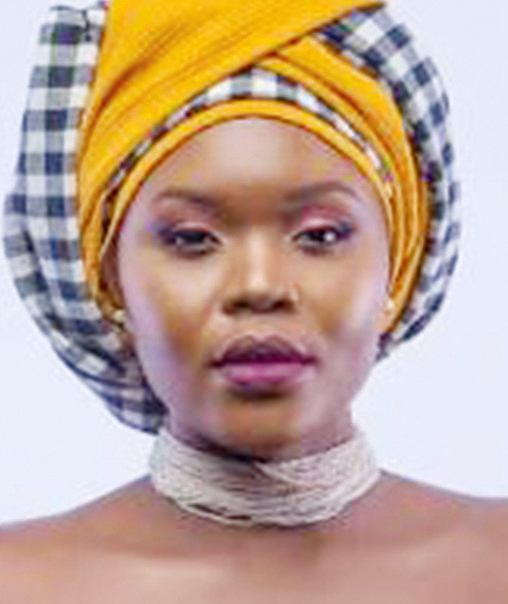 ZIO MWALE
Lusaka
SINGER and songwriter Kantu has left her fans wondering as to what has happened to her singing career after posting a message on her Facebook page indicating that she was quitting music to concentrate on other endeavours before deleting it hours later.
In place of the deleted message, Kantu, who recently got married to businessman Michael Phiri, followed it with another one in which she announced that she is presenting a “gift” to her fans in form of an album she has titled Breathe, previously title Chronicles of a Single Woman.
Her first message read: “I want take this time to thank everyone that has supported my music career. My musical journey has been nothing but amazing because you all cheered me on even when times were hard.
“You may not know this but music healed my soul. To help mend broken hearts and strengthen people through
my music has been a great blessing, one I will always treasure. “Unfortunately, everything must come to an end. I’ve
decided to give way to other things in my life and so I have to say goodbye. I will however put out one beautiful album as a gift to those who have loved and supported my music. It will be a little something for you to remember me by. I will forever cherish y’al.”