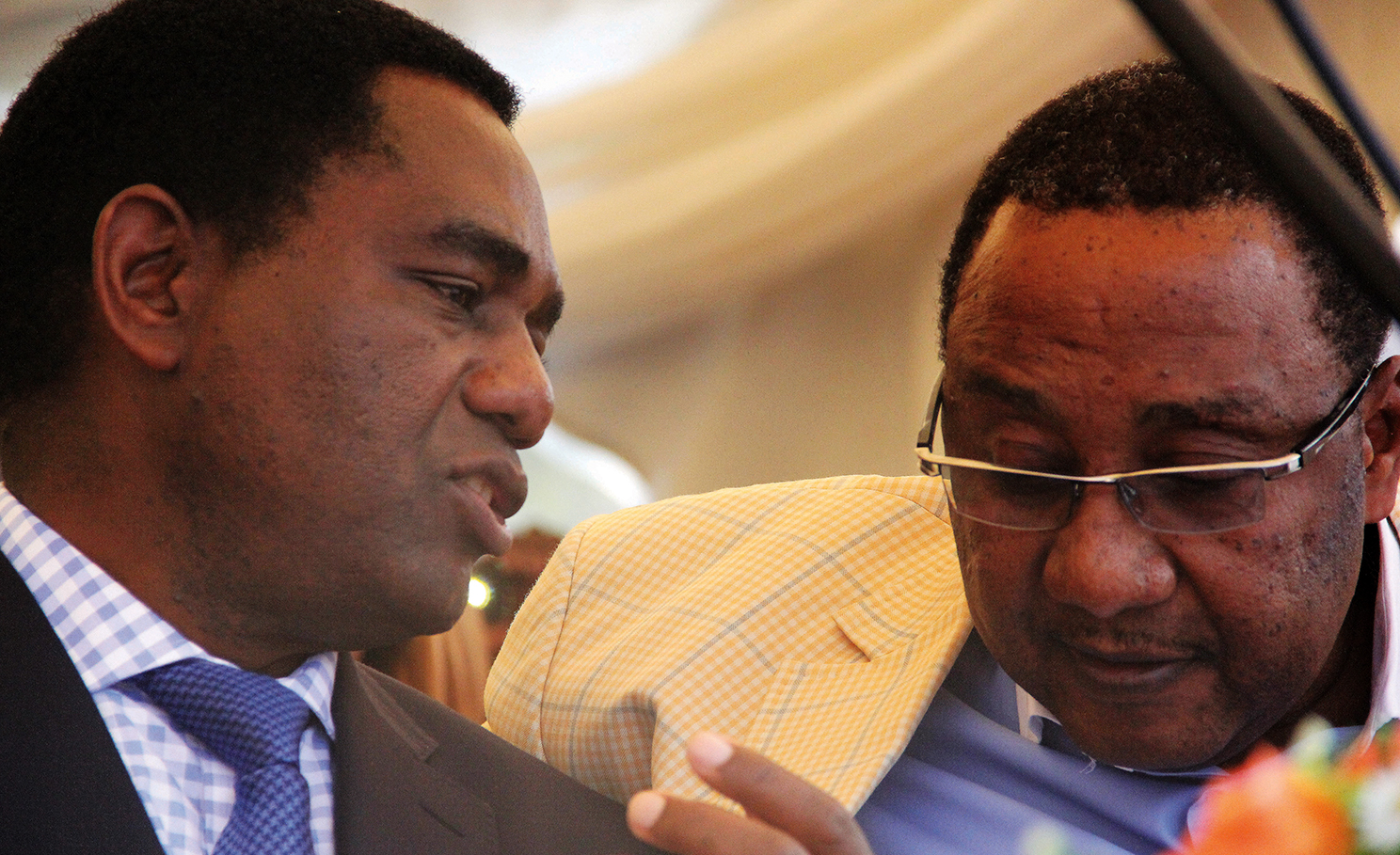 STEVEN MVULA, CONSTANCE NGOMA, Lusaka
UNITED Party for National Development (UPND) president Hakainde Hichilema and his vice-president for administration Geoffrey Mwamba are deliberately provoking the State so that they are arrested and consequently portray to the international community that there is no longer democracy in Zambia, chief government spokesperson Chishimba Kambwili has said.
Dr Kambwili, who is minister of Information and Broadcasting Services says Government will, however, not allow Mr Hichilema and Mr Mwamba to fan violence and mayhem just because their arrest will be deemed dictatorial.
â€œThe mandate this Government has been given by the majority of the voters who took part in the elections includes safeguarding peace in the nation. Therefore, Government will not shy away from executing its mandate just because of two frustrated individuals,â€ Dr Kambwili said.READ MORE