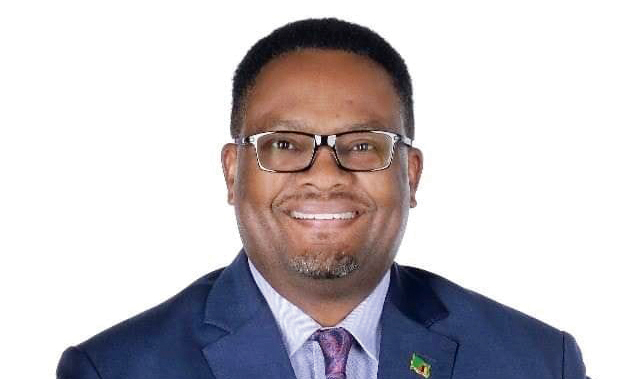 Analysis: EMMANUEL MWAMBA
IT MAKES me extremely sad to observe the debate of who should represent Zambia at the CAF elections between soccer icon Kalusha Bwalya and the current Football Association of Zambia (FAZ) President, Andrew Kamanga.
In my brief thought here, I will not discuss the merit or demerits of who should represent the country at the CAF elections.
Because this has led to me to discuss a creeping spirit that has emerged as ordinary practice in our doing of things in our country.
The Kalusha-Kamanga debate appears to typify who we should not be, but who we have sadly become.
We don’t give honour or support to our heroes and those deserving recognition.
We don’t celebrate those that have achieved so much for our country.
In fact, we would rather fight amongst ourselves than lift one another.
We are keen to destroy the legacy of one to give us an assumed heroic rise on their ashes.
We would rather compete where we clearly need to collaborate, we would rather fight where we are expected to work together, we would rather bury the opportunity of one than to give such an opportunity a fighting chance.
It all started at the birth of our country.
Despite the immense and admirable qualities that Kenneth Kaunda and his colleagues had, they quickly chose a unity that secluded and excluded others, a unity that pursued to sideline and destroy their colleagues like Simon Mwansa Kapwepwe.
It was soon to culminate into a one-party state, an evil and autocratic system with a veneer of good that never allowed anyone associated with Kapwepwe and his perceived associates to benefit from the state and its institutions, a system that singularly oppressed and persecuted political opponents and the very people it sought to uplift and serve.
Later, besides his immense stature, and besides his benevolence and role he played in the liberation struggle of Southern Africa, and the early development of Zambia, Kaunda had to face the similar fate he inflicted upon his perceived opponents.
Came the MMD and Frederick Chiluba. Chiluba had suffered imprisonment and harassment at the hands of Kaunda’s government.
The MMD, instead of choosing to forgive and build on some of the great foundation so far achieved and discard the negative vices of KK’s government, chose to perpetrate the destruction of Kaunda and his legacy.
They were quick to trash KK’s name and threw out of the window everything he achieved locally and internationally.
Instead of building on the foundation Kaunda left, we chose to start afresh, a shaky start, re-inventing the wheel, a path whose consequence we are still reeling with.
Kaunda was accused of having pillaged the state coffers and that he had emptied it to the tune of US$4 billion.
But after 27 years, Kaunda only had US$8,000 in his account, his guitar and his books.
Despite the lack of evidence against him, a sustained campaign against Kaunda was raised that humiliated him and stripped him of his dignity.
Kaunda had achieved so much that his name was resilient and remains respected across the world.
It was not long before the punishment that was meted on KK visited Frederick Chiluba shortly after he left office in 2002.
Instead of giving lectures across the world on democracy and how to democratise an autocratic system, values he had helped bring to Africa, Chiluba spent his days in the Lusaka Magistrate Court, a lone figure with his legacy soiled and denigrated.
Chiluba’s chosen successor, Levy Mwanawasa personalised a selective fight against corruption that targeted only Chiluba and his associates.
Chiluba was embarrassed, his assets frozen and seized and called a thief, a plunderer, even before he had appeared or had a single day in court.
It’s like for one to succeed in Zambia, one has to kill, destroy and bury their predecessor’s name and works.
Then with utmost pretence and hypocrisy eulogise their achievements on their grave!
If you stand on the shoulders of giants, you will see far, but if you stand on the ashes of the giants you slay and burn, you achieve a dwarfed legacy!
Build on the works of your predecessor or collaborate with them, or share best practices than fight them and humiliate them.
There is no culture that is older than being human.
The author is Zambia’s Ambassador to Ethiopia and the African Union.