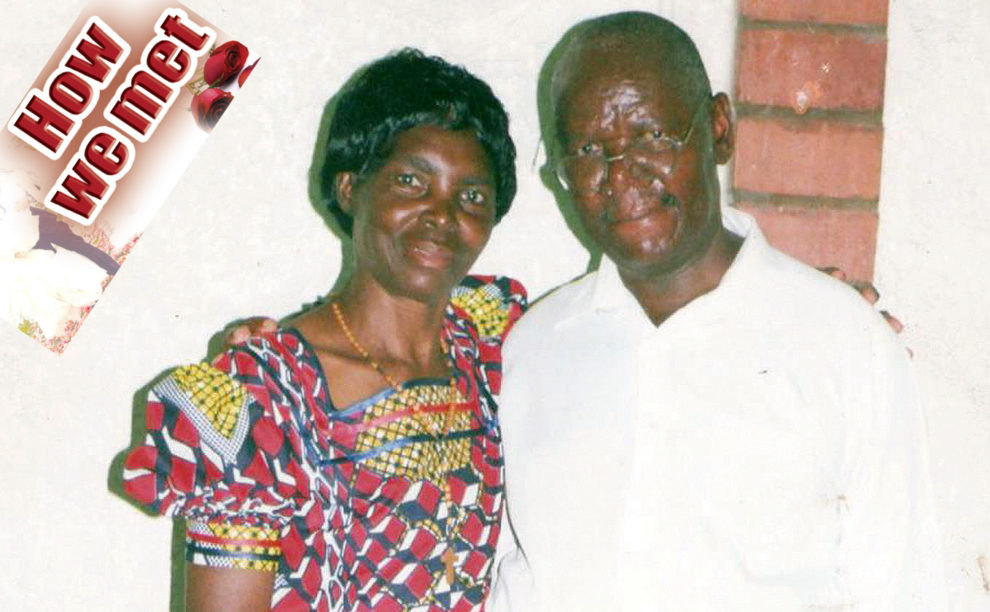 How we met:
MIKE MUGALA, Lusaka
THOUGH Vincent Kaloko did not have an idea of the type of woman he wanted to marry, he was convinced the first time he set his eyes on Nales Tembo and decided there and then she would become his better half.

Her presentation and beauty attracted him and it was not long before he started chasing after her.
The two first met in 1975 at a ballroom dancing club at Nyimba primary school where Vincent was a teacher.
He was the secretary of the club, which met every Monday afternoon.
“I followed Nales the first time she came to the club and told her that I wanted to marry her. Her father did not approve of my wish because he thought I was very young. But I did not give up on my pursuits for her,” Vincent said.
As time went on, he convinced Nales’ relatives who gave him permission to marry her in the absence of her father and on April 28, 1975, the pair got married traditionally.
Now with seven children and over 40 years of marital bliss, Vincent describes Nales as a companion and his other half.
His experience in marriage has taught him that communication and understanding are the cornerstones of every marriage.
He believes that people must always add value to the life of their partner to make them better and not take advantage of their weakness.
“When there is a misunderstanding in a home, people must sit down and resolve the issue together. The one speaking must be calm and make their partner understand. Both persons must swallow their pride, admit their mistake and ask for forgiveness,” Vincent explained.
He said that he has always solved misunderstandings with his wife in the bedroom and not in the presence of their children.
Vincent is of the view that a couple must always keep misunderstandings and other marital issues to themselves as opposed to telling their friends as they can broadcast them.
He observes that most newlywed couples do not take time to know each other hence most marriages easily break up.
Vincent said most young couples get married for wrong reasons and rarely value the principles of true love and the essence of marriage.
“The problem with our young men and women nowadays is that they like experimenting, they think love is all about having sex. They must always take their time to avoid making mistakes,” he said.
Vincent said marriage is a life-time commitment and must be taken seriously by parties entering into it.
He learnt that young people nowadays are failing to keep their marriages because of loss of their culture and family values.
Vincent advised young people to embrace their traditions and customs if they are to have long-lasting marriages.
On the other hand, Nales was hesitant to go into a relationship with Vincent because of bad experiences she had with men.
According to her, she was disappointed on several occasions such that she lost interest in relationships as she thought all men were bad and the same.
Nales vividly remembers how Vincent would go to the hospital where she worked as a nurse even at midnight just to see her.
“His persistence is what forced me to consider him, I had been disappointed a lot by men and lost interest in relationships. I got convinced he was serious after months of pursuing me to accept his proposal,” she said.
She said the greatest challenge in the infancy of their marriage was beer drinking and irresponsibility on the part of her husband.
With time, Nales persistently prayed for her husband and God heard her prayers such that he got born again and became a better man.
“I have endured in this marriage, though I experienced a lot of challenges, my parents stayed together for 60 years and that to me was a source of motivation and encouragement every time I went through challenges,” she said.
Nales noted that every marriage has its own difficult and good times and people must persevere if their marriage is to work.