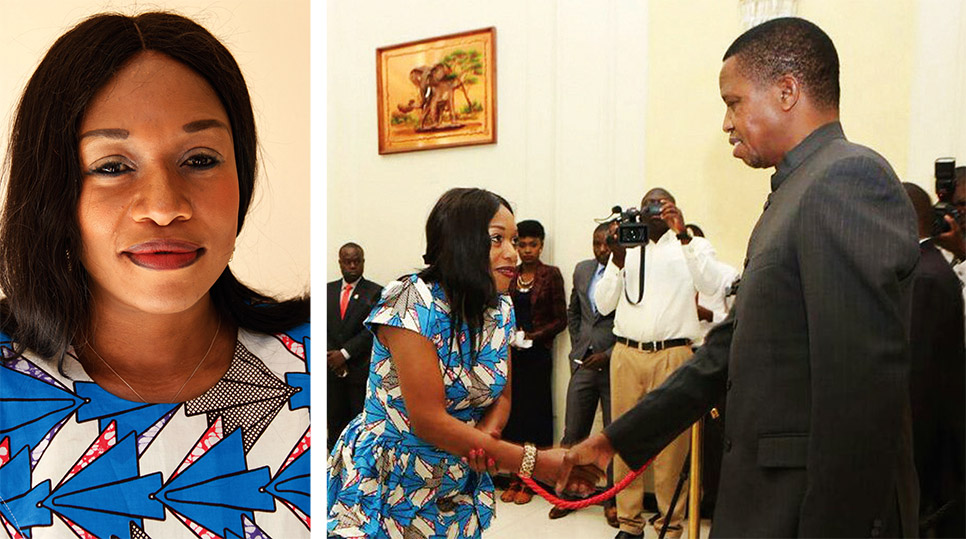 OBITUARY:
NKOLE NKOLE, Lusaka
A LAWMAKER with influence, a women’s champion and the voice of her people; Victoria Kalima is remembered warmly in numerous ways.According to Mildred Chansongo, her close friend and campaign manager in the 2016 general elections, “she was one in a million with a heart of gold”.
For Chansongo, Victoria Kalima was a mother to many who never looked down on anyone.
Kalima was born on October 4, 1972 in Kitwe as the third- born child of Mustered and Evelyn Kalima.
She attended Kabale Primary School in Mpika up to grade seven and from there proceeded to Lwitikila Girls, also in Mpika, where she completed her secondary education.
After secondary school she attended college at the Natural Resources Development College (NRDC) in Lusaka, obtaining a diploma in Agribusiness Management.
She also later studied for her Master’s at Cavendish University in Lusaka.
One of Kalima’s first major jobs was at the Zambia Cooperative Federation (ZCF) as an area manager.
She later left ZCF and founded an agricultural input business called Plant Agrichem Services which, over time, became an established competitor among other similar businesses in the industry.
Through the company, Kalima supplied farming inputs to many small-scale farmers and was particularly passionate about helping women farmers in rural areas.
It was this passion to see women succeed and people develop that drove her into politics. She was successfully selected as the Movement for Multi-party Democracy (MMD) candidate for Kasenengwa constituency in the 2011 general elections.
Kalima was elected to the National Assembly with a majority of over 17,500. The seat was held by former First Lady Vera Tembo prior to Kalima’s victory.
She proved to be an outspoken parliamentarian whose voice was strong and unyielding during parliamentary debates while she represented the people of Kasenengwa.
Her younger sister and family spokesperson, Mutiyo Kalima, said Kalima ventured into politics simply because she wanted to work for the people.
“She felt that the people were not being given what they deserved, so she decided to join politics to help people in the villages who had needs that were not being met,” Mutiyo shared.
Kalima wanted to empower women and used her position as MP to do so.
She continued to run Plant Agrichem with the help of family members.
While Kasenengwa MP under the MMD, she accused MMD members who were defecting to the ruling Patriotic Front (PF) of practising politics of the belly. She later joined the PF.
Her victory in the 2011 general elections was overturned in the Supreme Court in December 2013 on the basis that she had given out bicycles and chitenge material to voters and uttered defamatory statements against the PF.
She was re-selected as the MMD candidate and contested the 2014 by-election, returning to the National Assembly with a reduced majority.
After being re-elected, she joined the Committee on Government Assurances and the Committee on Legal Affairs, Human Rights, National Guidance, Gender Matters and Governance where she served from January 2015 to May 2016.
During the 2015 presidential by-election, Kalima campaigned for United Party for National Development (UPND) leader Hakainde Hichilema.
This caused most local councillors in Kasenengwa to threaten that they would ensure she lost her seat in the 2016 general elections.
While still under the MMD, she backed calls for an alliance with the PF in the build-up to the 2016 general elections.
Her belief was that the MMD could not stand on its own in the elections and still hope to garner the 50- percent- plus-one vote.
However, she later defected to the PF and was nominated as the party’s candidate in Kasenengwa in the 2016 general elections. She was re-elected to the National Assembly with a 9,259 vote majority. Following her election, she was appointed Minister of Gender by President Edgar Lungu.
With the appointment, Kalima decided to retire as CEO of Plant Agrichem Services to focus on her ministerial responsibilities.
One of the highlights of her short ministerial career was her 2017 proposed revision of the Marriage Bill which would ban any marriages between a man and a woman until both are at least 21 years of age.
“The Patriotic Front knew Honourable Victoria Kalima as a fighter,” said PF secretary general Davies Mwila in his recollections of her.
“She fought so many battles and overcame. Even when her health started failing her, she remained extremely dedicated to duty, giving all of us hope that she would pull through. She was a critical voice in the Patriotic Front. Sadly the cold hand of death has robbed her from our midst.
“As Minister of Gender, she ensured that her ministry occupied its rightful place in fast-tracking the place of the Zambian women in the country’s development aspirations,” he said.
Vice-President Inonge Wina remembers Kalima warmly as a “courageous and determined woman who would not hesitate to speak her mind on any issue that touched the lives of rural Zambians.”
“We shall miss you greatly as a charismatic parliamentarian and a woman leader,” Ms Wina shared in a message of condolence.
Kalima died on June 11, 2018 at Lusaka’s Maina Soko Hospital after an illness. She is survived by two children, Kashingwa and Mpaso Chibwe.

Who are these Sons of the Devil?
Experiencing Tonga Music Festival