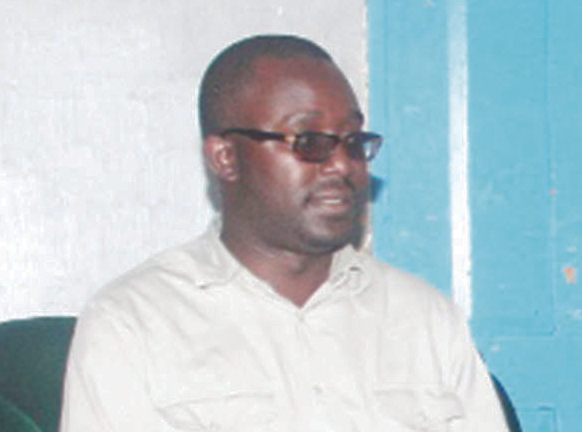 by false pretences and uttering false documents.
In count one Kafwaya, 33, of plot number 9624 Saviye in Solwezi, on dates unknown but between January 1 and 31, 2015 in Solwezi whilst acting together with unknown people allegedly obtained 6,000 building blocks worth K30,000 from Mei Mei Company Limited.
This was allegedly done by purporting that the blocks were a donation to the construction of classroom blocks at Mutanda Secondary School when in fact not.
In the second count, Kafwaya on dates unknown but between January 1 and January 31, 2015 being North-Western Province Minister, whilst acting together with unknown people allegedly uttered a fake receipt number 06 to the Anti-Corruption Commission (ACC).
When the matter came up for plea before principal resident magistrate Davies Chibwili, Kafwaya denied all the charges.
“I record a plea of not guilty on both counts,” magistrate Chibwili said.
Kafwaya is being represented by lawyer Milner Katolo from Milner and Paul Legal Practitioners.
And State Counsel Don Chiwala from ACC informed the court that the State was ready to proceed with the case and called in one witness.
And State witness Mweemba Shadunka, 37, an investigations officer at ACC, told the court that he was in custody of two receipts which were given to him by his supervisor, Humphrey Mwiinga, which were allegedly issued to Kafwaya by Mei Mei Company Limited.
Mr Shadunka said he had receipt number six for the purchase of 6,000 blocks at a cost of K30,000 which was issued to Kafwaya on June 9, 2015 and another one numbered 1257 which was issued on July 25, 2015 for the purchase of 2,000 blocks worth K10,000.
In cross examination, the State applied for an adjournment of the matter so that the prosecution team could amend the indictment.
But Mr Katolo, the defence lawyer, objected to the application arguing that the adjournment would have an effect of prejudice and would cause embarrassment to the accused.
Magistrate Chibwili adjourned the matter to yesterday to deliver ruling on whether the indictment should be amended or not.