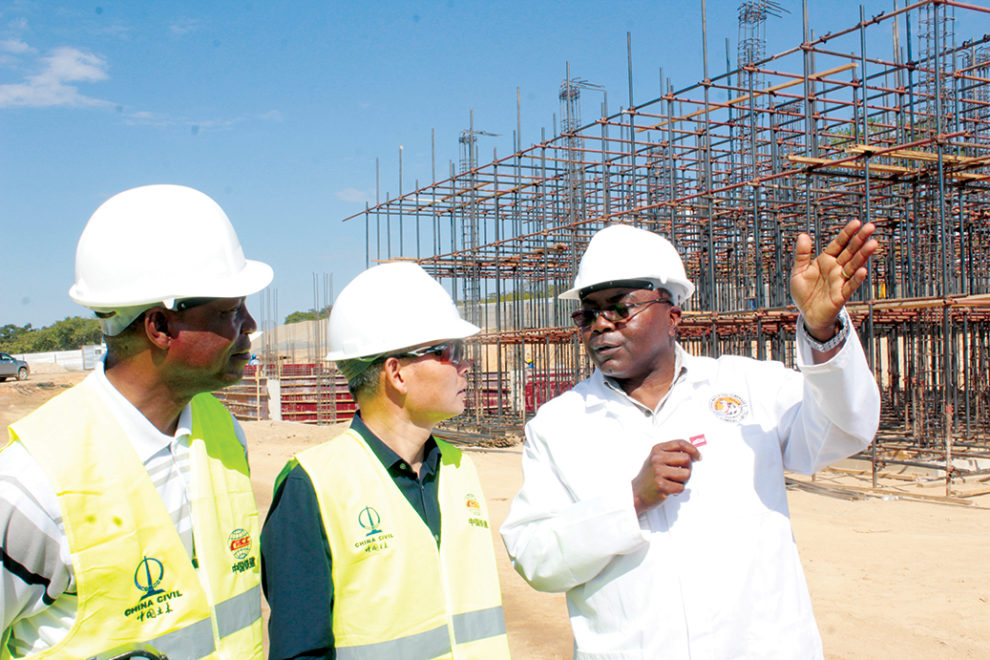 CATHERINE MUMBA, Kafue
GOVERNMENT will spend K8.8 million to resettle people who have encroached the area on which the K1.5 billion Kafue Bulk Water Supply Project will cover, Lusaka Water and Sewerage

Company (LWSC) board chairperson Paul Moonga has disclosed.
The project will see the construction of a new raw water abstraction station on the Kafue River, water treatment plant, 66 kilometre treated water main pipeline from Kafue into Lusaka, and a booster pump station in Chilanga district.
Speaking after touring the project site yesterday, Mr Moonga said the people occupying the project area need to be resettled urgently because works are being hindered.
“We need K1.8 million to settle those occupying the nearest project area right here in Kafue. The resettlement has hindered the project such that it is four months behind,” he said.
Mr Moonga said the contractor, China Civi l Engineering Corporation, is doing a good job but that the onus is on Government to release funds for resettlement to avoid further delays.
He said the Ministry of Finance, Ministry of Water Development, Sanitation and Environmental Protection and LWSC management will see to it that a way to release the funds is found as soon as possible.
And China Civil Engineering Corporation general manager Eric Ding assured the board that the company is determined to complete the works within the contract period.
“The only challenge we are having now is the same encroachment and l and acquisition. But once it is sorted out, we will be grateful and see to it that the project is completed as agreed by September, 2018,” he said.
Mr Ding said the project has so far created about 700 jobs, and the employees are sensitised on HIV prevention often together with the community.
Government, through LWSC, implemented the project last year with the aim of improving access to adequate clean and safe drinking water in Lusaka.