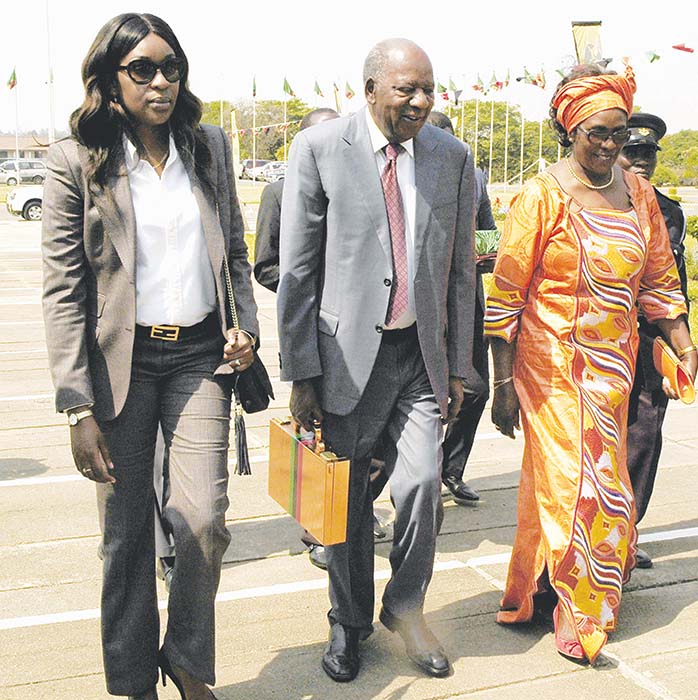 NKOLE MULAMBIA, Lusaka
GOVERNMENT has unveiled a K46.7 billion national budget in which an unprecedented 75.2 percent of the total expenditure will be financed from domestic revenues.
This year, Government proposed to spend K42.68 billion or 30.7 percent of gross domestic product (GDP), mainly financed through domestic revenues of K29.54 billion as well as grants of K2.63 billion from co-operating partners. The balance of K10.51 billion is expected to be met through foreign and domestic financing.
The 2015 national budget, which represents 24.6 percent of GDP, will also receive grants from cooperating partners of K1.2 billion or 2.6 percent of the total budget to complement domestic revenues.
Minister of Finance Alexander Chikwanda announced this when he presented the 2015 national budget in Parliament yesterday.
â€œThe budget will be financed from domestic revenues of K35.1 billion, which is 75.2 percent of the total budget and 18.5 percent of GDP,â€ he said.
Mr Chikwanda further said domestic borrowing is projected to be 2.0 percent of GDP, translating to K 3.8 billion while K4.2 billion is a combination of foreign programme and project financing.
The balance of K2.4 billion is earmarked proceeds from the 2014 Eurobond.
He said K12.0 billion or 25.8 percent of the budget has been allocated for general public services while K2.9 billion and K2.4 billion have been provided to ensure that Government meets its domestic and external debt obligations.
Other notable expenditure allocations under the category include K669.4 million for grants to local authorities of which K586.8 million is for the local government equalisation fund.
He said K500 million has also been provided for continuation of infrastructure development in the newly-created provinces and districts.
Mr Chikwanda further said Government has in the recent years made some noteworthy achievements to grow the economy.
He, however, said there is need for double-digit growth rates to eradicate poverty.
â€œThis will entail major change in our mind-sets particularly as it relates to radical improvement in our work culture, sense of duty and responsibility,â€ he said.
Mr Chikwanda described the modest achievements made so far as a product of collective wisdom of unity in diversity.
He urged the public to rally behind President Sata, whose transformative development agenda has in three years changed Zambia in significant ways.
â€œWe are all equal stakeholders in Zambia and there is no room for by-standers. Sustainable development of Zambia makes it an imperative for each and every one of us to be active agents of development.
However different our views may be, and this is the core and essence of a democratic society, the development of Zambia is our common and collective agenda,â€ Mr Chikwanda said.