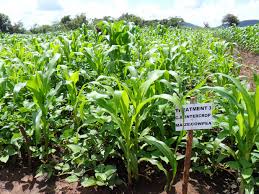 BUTTYSON KANDIMBA, Solwezi
GOVERNMENT has released K280 million to Mufumbwe district to pay farmers who have sold maize to the Food Reserve Agency (FRA) in this yearâ€™s crop marketing season.
Mufumbwe district commissioner Mankishi Mukokwe said in an interview that the funds were released last week and that farmers have already started receiving payments.
Ms Mukokwe said the agency has bought 184,037 bags of white maize from farmers in the area valued at K12,882,590, as of Friday last week.
â€œInitially, we received a total of K296,800, which was paid out to farmers and with the release of these additional funds, more farmers will be paid,â€ she said.
She said the maize purchasing exercise is progressing smoothly as the district recorded a bumper harvest in the last farming season.
Ms Mukokwe appealed to farmers not to panic as Government is determined to ensure that all that have supplied their crop to the agency are paid in good time.
â€œYou are aware that we had a bumper harvest this year and farmers still have plenty of maize and it is for this reason Government has stretched its budget to ensure that every farmer is paid.
So, there is no need for our farmers to start panicking over delays to pay them,â€ she said.
Ms Mukokwe commended Government for the timely release of the funds to the district as it will enable farmers to prepare adequately for the next farming season.