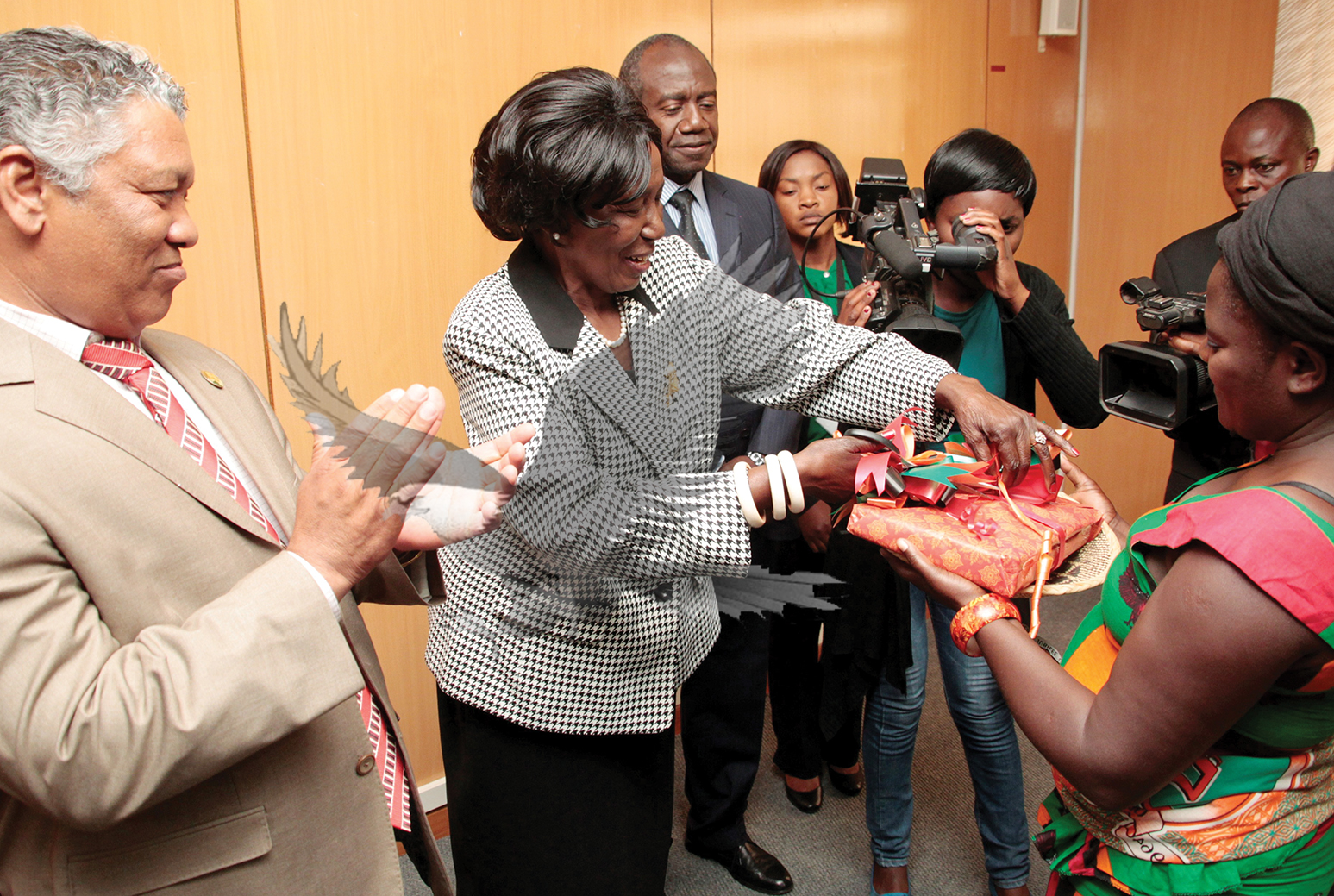 STEVEN MVULA, Lusaka
GOVERNMENT will require more than US$26.6 million (about K200 million) to provide relief food and other services to 798,948 people in six provinces, Vice-President Inonge Wina has said.
According to the 2015 in-depth vulnerability and needs assessment report on the impact of the prolonged dry spells owing on the 2014/2015 season, 798,948 people in 31 districts will require relief food amounting to 53,242 metric tonnes of maize to last eight months from next month to March next year.
The Vice-President said this yesterday when she launched the 2015 report of the vulnerability assessment committee (VAC).
â€œYou are aware that the country experienced mixed rainfall performance in the 2014/2015 season characterised by prolonged dry spells. Government, through VAC, undertook an in-depth vulnerability and needs assessment in 48 districts in Central, Copperbelt, Eastern, Luapula, Muchinga, North-Western, Southern and Western provinces to ascertain the impact of the dry spells on key sectors of the economy,â€ Mrs Wina said.
VAC is a consortium of Government, the United Nations, non-governmental organisations (NGOs) and faith-based organisations.
Mrs Wina said arising from the assessment report, sector experts from Government, the UN system and NGOs have developed a recovery action plan to avert hunger and suffering of people in the affected areas.
She said there will be continued monitoring of the hunger situation countrywide as it unfolds and interventions will be made where necessary.
The national disaster management council has directed the Disaster Management and Mitigation Unit (DMMU) to put in place plans to rehabilitate and drill boreholes to reduce the anticipated water shortages.
The council comprises line ministries such as Agriculture and Livestock; Local Government and Housing; and Chiefs and Traditional Affairs, and is chaired by the Vice-President.
â€œDMMU should further enhance plans towards long-term solutions such as making dams and creation of water schemes,â€ Mrs Wina said.
And DMMU national co-ordinator Patrick Kangwa said VAC has ensured that only one consolidated vulnerability and needs assessment report is produced, unlike in the past when various organisations would produce their own reports.
â€œTwelve years ago, we would have different figures from different organisations, but now this process has assisted Government in putting in place mitigation measures,â€ Mr Kangwa said.
He said the report has a specific focus on women.