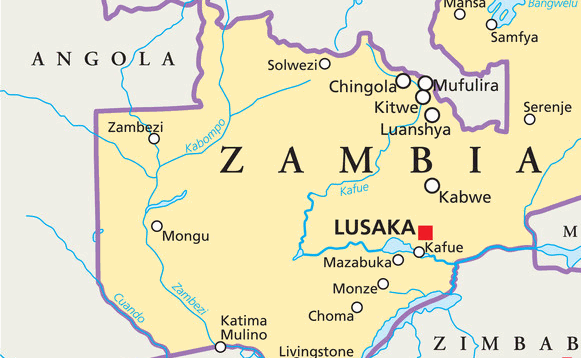 NANCY MWAPE, Lusaka
GOVERNMENT has set aside K10 million for the construction of a cordon line from Shangombo in Western Province to Jimbe in North-Western Province to prevent trans-boundary diseases along the Zambia-Angola border.


In an interview yesterday, Western Province Minister Nathaniel Mubukwanu said Government is committed to fight the outbreak of cattle diseases in the region.
“There is commitment from the Zambian government by constructing the cordon line along the Zambia-Angola border to fight the outbreak of cattle diseases in this region.
“This is not the first time that a cordon line is being built as there have been attempts in the past but didn’t yield desired results,” he said.
Mr Mubukwanu said Government is considering changing the approach from physical cordon line to cordon guards.
He said Government has since established 55 camps manned by two cordon guards in each camp along the stretch from Sesheke to Mitete, a district bordering the North-Western Province and Angola.
The cordon line will pass through six districts in the province out of the 10.
“In the event that we have cattle disease outbreak, we have constructed an abattoir in Sikongo and Shangombo…Previously, when there was an outbreak, we had to find transport to move infected animals to Senanga or Mongu at a huge cost,” he said.
Mr Mubukwanu said Government is mindful that curbing cattle disease outbreaks is a collective effort between Zambia and Angola.
The two countries have had a number of consultative meetings to address the challenges together.
Meanwhile, Mr Mubukwanu said a team has been sent to Mitete district following the outbreak of contagious bovine pleuropneumonia (CBPP), an infectious disease of lungs in cattle.
“A team is on the ground and infected animals are being attended to,” he said.