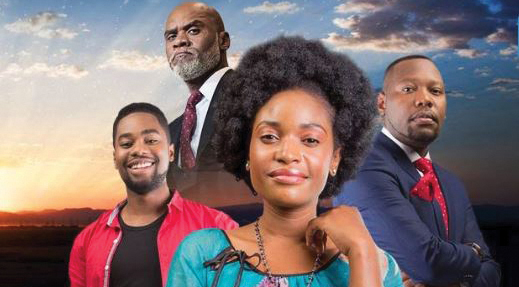 CHEELA CHILALA, Lusaka
ONE of the first things I noticed about the television drama series Zuba, which is showing on DStv Zambezi Magic channel 160, is that it is being sold as Zambia’s first telenovela.

I am yet to find out the sense in which the term telenovela is being applied here. A telenovela is a soap opera – the only difference with the traditional soap operas of the western world being that telenovelas tend to be a series of episodes with a definite ending. The traditional soap operas, on the other hand, can go on and on for years.
The telenovela is a form of soap opera associated with and emanating from mainly Spanish-speaking Latin American countries. A good example is the Mexican telenovela No One But You whose narrative ran over a reasonably long time but still came to a definite climax and conclusion.
By contrast, western-type soap operas are capable of running for as many years as the producers would like them to run. Some actors have been known to grow old acting particular roles in particular soapies.
So, if Zuba is indeed intended to have a definite ending after some episodes, then it indeed is a telenovela. However, if it is intended to have an open-ended plot or narrative, then it might not be appropriate to call it a telenovela. Plus it would not be accurate to say it is the first in Zambia because the first was Kabanana produced by Picture Perfect Productions.
If Zuba is indeed a telenovela in the Latin American sense, then the producers might be right to claim it is the first in Zambia. I am fascinated, though, by the claims that some other Zambian film producers have in the past made regarding particularly the feature film genre.
Some years back, a Zambian filmmaker based in the western world came to Lusaka with a team from a production house to produce a feature film. I noticed it was being referred to by the Zambian and his collaborators as “the first” in Zambia. A few years ago I attended a film festival in Helsinki, Finland, and one of the films was produced by Zambians and some Finnish collaborators. I was amused to read, on the film’s information brochure, that it was being advertised as the first full length feature film produced in Zambia.
But the first feature full length feature film produced in Zambia was Touch of the Sun in which Edwin Manda, among other Zambians, featured. And that film was produced back in 1979. Thing is all these claims of being first are largely for purposes of advertising. As for the telenovela thing, I am not aware of any other before Zuba, so the claim of it being the first in Zambia could be correct.