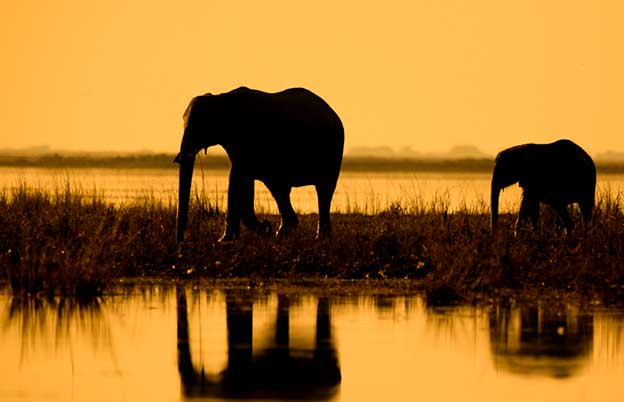 AN ELEPHANT has trampled a 39-year-old man to death in Kazungula district.
Osbert Malumo, whose body was found with multiple injuries, was killed in Songwe near the Mosi-Oa-Tunya National Park on Tuesday night.
Department of National Parks and Wildlife southern region senior warden Charles Simwawa and Ernest Nzala, a friend of Mr Malumo, said the incident happened around 19:00 hours.
“My officers rushed to the scene with State police, picked the body and deposited it in the mortuary (Batoka Hospital). This is the first elephant-related death recorded this year,” Mr Simwawa said.
He said five incidents of elephants killing people were registered last year.
Mr Simwawa advised Livingstone residents against moving in the game reserve area at night unless they are driving.
He said wildlife officers have been conducting patrols in the national park and nearby areas to scare away elephants in places where they are reportedly eating people’s vegetables.