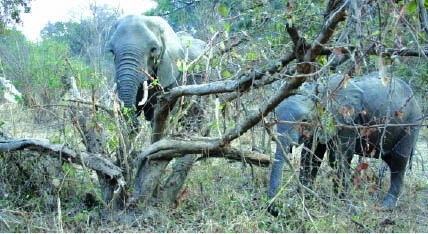 LINDA NYONDO, Lusaka
WILDLIFE Conservation has commended Government for implementing successful measures which have helped to curb elephant poaching in Zambia, especially in Kafue and Luangwa national parks.
Director James Deutsch said in a statement that survey results that were released by the Zambia Department of National Parks and Wildlife indicate that poaching has reduced.
Mr Deutsch, however, said continued efforts are needed to completely curb poaching in Zambia.
â€œIn Luangwa and Kafue, existing elephant protection efforts seem to be successful in controlling poaching and stabilising elephant populations.
â€œWhile elephants are declining in Lower Zambezi and Sioma Ngwezi, the census results tell us that we need to replicate Luangwa and Kafueâ€™s success across all of Zambiaâ€™s and Africaâ€™s national parks,â€ he said.
Zambia is one of the 20 countries to participate in the Great Elephant census which was launched in 2013. It is the first pan-African elephant census in 40 years.