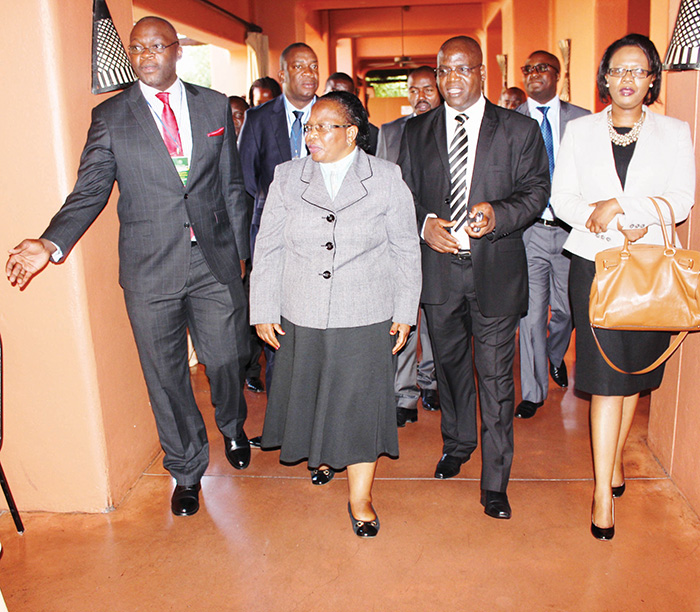 CHALI MULENGA, Livingstone
CHIEF Justice Ireen Mambilima says the judiciary should be given full independence because it is the third arm of Government.
Justice Mambilima said the judiciary needs both operational and financial independence to discharge its functions, not as a department, but an arm of Government
The Chief Justice was speaking at the Law Association of Zambia (LAZ) annual fourth conference at Sun hotel in Livingstone under the theme â€œZambia at 50 – Independence of the judiciary and challenges to the regulation of the legal profession.â€
She said that operational and financial independence has continued to elude the judiciary.
â€œUp to now, the judiciary cannot even decide its own budget. The realistic budget that the judiciary presents to the executive is drastically reduced,â€ she said.
Justice Mambilima said the institution is given a ceiling within which to fit all its needs, and to compound their financial woes, not all of the approved funds are released.
â€œThe scenario as to how the budget for the judiciary is settled, is exactly the same as for any Government department. What we have failed to realise in the last 50 year of independence is that, the judiciary is not [like] any Government department, it is an arm of Government,â€ she said.
Justice Mambilima said the judiciary needs power to draw its own budget and this should not be reduced.
â€œIdeally, it should in fact be a percentage of the total Government budget,â€ she said.
Justice Mambilima said the judiciary can only be as independent as the men and women who comprise the institution.
â€œIt is expected that these men and women will not succumb to pressure from any quarter, political or otherwise, and that they will not inflict self-censorship on themselves in fear of the unknown,â€ she said.
She said there is need for those in authority to create a conducive atmosphere in which judges can freely discharge their functions.
LAZ president, George Chisanga said it has been long since the gathering of lawyers has been graced by a sitting substantive Chief Justice.
He said the conference would address issues that need urgent attention by LAZ to enable them raise standards of professionalism.